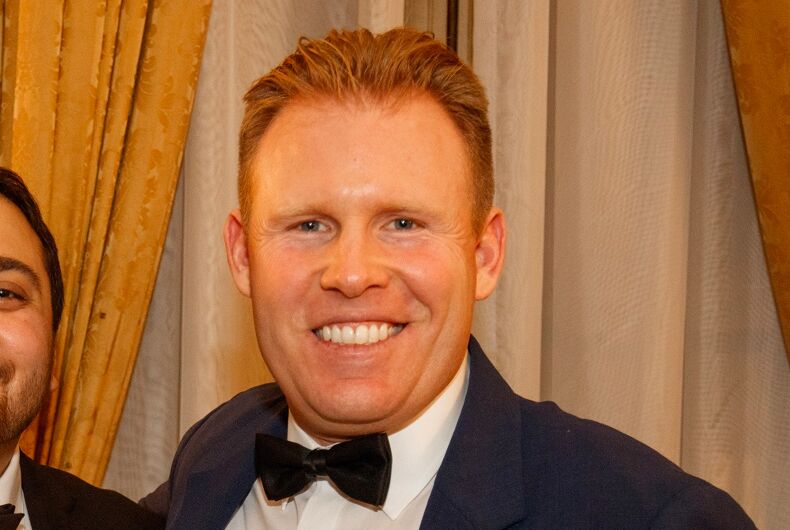 Giuliani was speaking at an event held by the far-right group Long Island Loud Majority this past Saturday when he said that he “looked under the hood” of his baby to check her genitals on her first day of life.

Related: Jared Kushner has been nominated for a Nobel Peace Prize

He is “gonna be the last guy in a long time that looks under the hood right there,” he told the crowd about the now-four-month-old baby, adding that the baby “made a promise to me on the first day.”

Giuliani claimed that he is his infant daughter’s “boyfriend.”

“My wife was sleeping, and I’m holding [the baby] in my arms,” he said. “And I get emotional thinking about it, but she made a promise with me. She shook my hand and I said, ‘I’m the only boyfriend till you’re 25-years-old, shake hands.’”

The newborn, he said “shook my hand,” which apparently is an agreement he will try to hold her to until adulthood.

“So I have changed the diapers,” Giuliani continued. “I have looked under the hood. She’s a woman.”

“But guess what? She was born a woman and she’s gonna stay a woman, it’s that simple.”

The Daily Beast reports that he was in the middle of ranting against transgender equality when he started telling the story.

When asked for clarification, a spokesperson for Giuliani’s campaign said, “While Andrew does not claim to be a biologist, he can tell the difference between a male and a female.”

The organization Long Island Loud Majority has made a name for itself by disrupting school board meetings, shouting down public officials when they bring up topics like teaching about the history of racism and mask mandates.