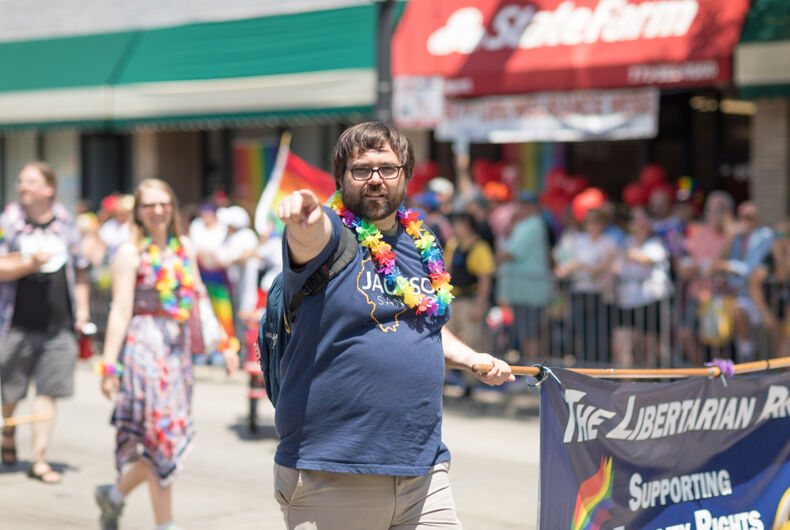 Support for LGBTQ rights has never been higher among Americans although two groups that have “consistently lagged,” remain toward the back of the pack.

Republicans and white evangelical protestants trail behind other groups, but even those groups show majority support for nondiscrimination protections of some sort.

Related: Why “f*g hag” fizzled out & why it should stay that way

Legislatures around the nation have taken up anti-LGBTQ bills with varying success. The measures have been pushed by the religious right and Republican politicians.

But the tried-and-true tactic of using the LGBTQ community as a whipping post is starting to lose its potency, with 65 percent of Republicans supporting laws that would protect gay, lesbian, bisexual, and transgender people against discrimination in jobs, public accommodations, and housing. Overall, 79 percent of Americans support the update to civil rights laws.

But Republican and evangelical support come with a caveat. They also think that businesses should be able to refuse service to LGBTQ people if the owners cite their religious beliefs as the motivation.

Nearly nine in ten Democrats (85%) and two-thirds of independents (66%) oppose religiously based refusals to serve gay and lesbian people. About four in ten Republicans (44%) oppose such service refusals, compared to a majority (56%) who support them.

“This massive 50-state study brings into sharp focus the contradiction between increasing support for LGBTQ rights, including rights for transgender Americans, and the proliferation of laws seeking to restrict or abolish those rights over the last year,” PRRI CEO Robert P. Jones said.

“Support for nondiscrimination protections for LGBTQ Americans has never been higher and garners the support of all political parties and major religious groups.”