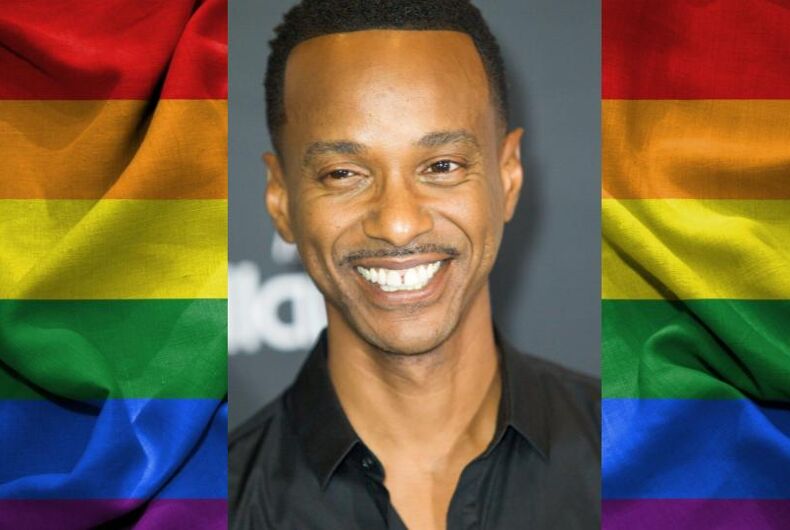 Is Tevin Campbell ready to come out as gay? Recent tweets suggest the Grammy nominated R&B artist is getting ready to talk about it. In a since-deleted reply, Campbell seemed to confirm a fan’s curiosity about his sexuality.

“My mom keeps telling me Luther Vandross, Teddy Pendergrass, and Tevin Campbell were gay,” the tweet read. Campbell quote-tweeted with “Tevin is,” and a rainbow emoji.

Related link: R&B artist Frank Ocean comes out on Tumblr: ‘I feel like a free man’

He also indicated that he is among those who are going to be “banned” from Florida, following the passage of the “Don’t Say Gay” bill.

And the cherry on top: he added the rainbow flag emoji to his Twitter profile, alongside a Scorpio symbol and a bald eagle emoji.

Who made the polyamorous flag & why does the internet dislike it?