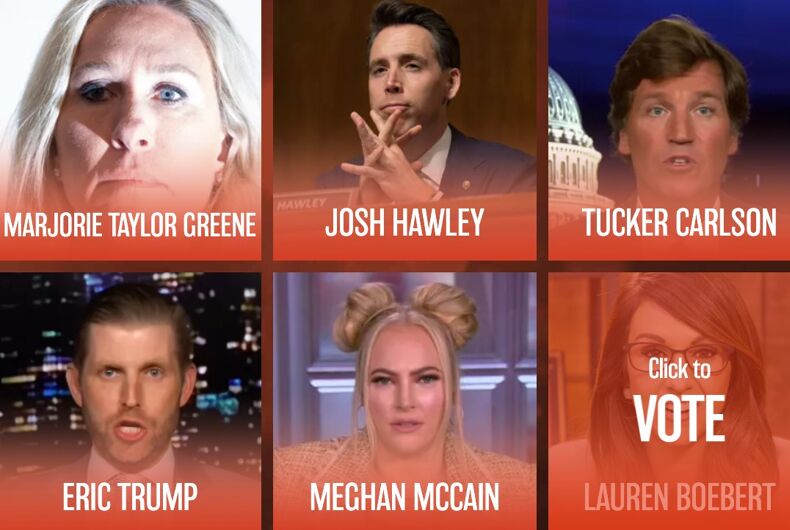 Which one of the community's biggest foes would you tell, "Girl, bye?"Photo: Screenshot

Our sister site, Queerty, is gearing up for their 10th annual awards show, the Queerties, and they need your help. And while they have several positive categories this year, from “Drag Royalty” to the “Next Big Thing,” we know our audience and there’s one category we’re sure you’ll love.

They need to decide which anti-LGBTQ public figure is the worst of the worst.

Related: Hillary Clinton calls out Republican hypocrisy: “They’ll ban books but do nothing about guns”

You can’t choose them all, but you can vote in every category while you’re there. Be sure to check out the “Badass” category because those are some tough choices too.

You can vote every day until February 22. The winners will be announced at a live ceremony in Los Angeles on March 1.