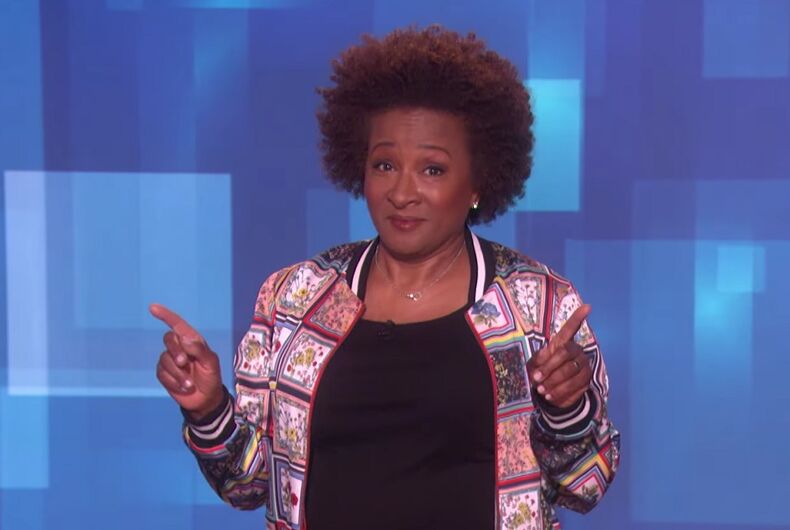 Sykes is known for her stand-up and her roles in Blackish, Curb Your Enthusiasm, and The New Adventures of Old Christine. She also stars in The Other Two on HBO Max.

This year marks the first time all three Oscar hosts are women, as well as the first time since 1987 that three people will host together. There also hasn’t been a host at all since 2018.

Tune in to @ABCNetwork to watch the #Oscars LIVE on Sunday, March 27 at 8e/5p! pic.twitter.com/gBuN4kVkEX

The hosts were announced on Good Morning America.

“Good morning, America. I’m not sure who thought this was a good idea, but I’m hosting the Oscars, along with my good friend Wanda Sykes and Regina Hall,” said Schumer in a clip aired on the show. “I’d better go watch some movies.”

The wait is finally over! The #Oscars will have a triple dose of comedy from its three hosts this year:
👉 @amyschumer
👉 @MoreReginaHall
👉 @iamwandasykes#OscarsOnGMA@TheAcademyhttps://t.co/KE5paNkZNs pic.twitter.com/Zz5rXHHm4e

This year, a slew of LGBTQ stars & films have been nominated.

Kristen Stewart, who identifies as queer, has been nominated for Best Actress in a Leading Role for her work in the film Spencer, in which she portrays the late Princess Diana.

Ariana Debose clinched a nomination for Best Supporting Actress for her role as Anita in West Side Story. If she wins, DeBose – who is also the co-founder of the LGBTQ-focused Unruly Hearts Initiative – would be the first out queer women of color ever to take home an Oscar.

An animated documentary, Flee, has also been nominated for Best Animated Feature, Best International Feature Film, and Best Documentary Feature.  Flee is the true story of a man who fled Afghanistan reflecting on his past as he prepares to marry his future husband.

Also nominated for Best Animated Feature Film is The Mitchells vs. the Machines. The film centers a queer character named Katie, played by out actress Abbi Jacobson, who must work with her family to save the world from a robot apocalypse.