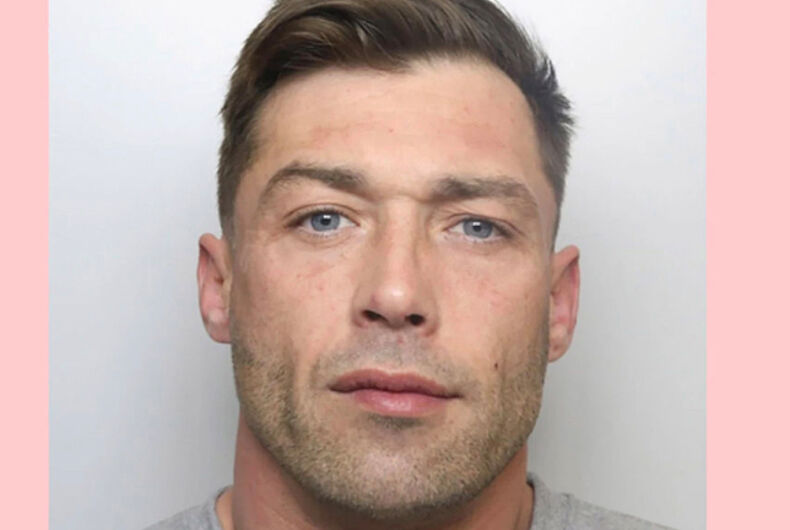 British police were forced to remove a “criminally hot” felon’s mugshot on Facebook after the posting drew hundreds of thousands of comments from thirsty women interested in finding the burglar who broke probation.

Jonathan Cahill, dubbed the “Fit Felon” online, also dominated Twitter for a while as interest grew and the lusty responses to the authorities were hilarious. The police eventually turned off the ability to reply to their tweet.

“Might leave my doors unlocked and bedroom door open you bad bad man,” one woman said on Facebook.

“Does he need a place to hide?” another asked.

“Break into my house and steal my heart!” someone else implored.

“He can kick my back doors in any time,” another quipped.

The women weren’t alone, of course, but they vastly outnumbered the gay men who responded.

“I’m leaving my windows unlocked at night and putting my door key under the welcome #HotBurglar mat… just in case,” Jacob Gardner tweeted, but for once it wasn’t the gays getting bawdy that caused the commotion.

“Should be easy to find… half the women in West Yorkshire will be chasing him,” one man joked.

Kyrsten Sinema is raking in big bucks from donors. Too bad most of them aren’t her voters.