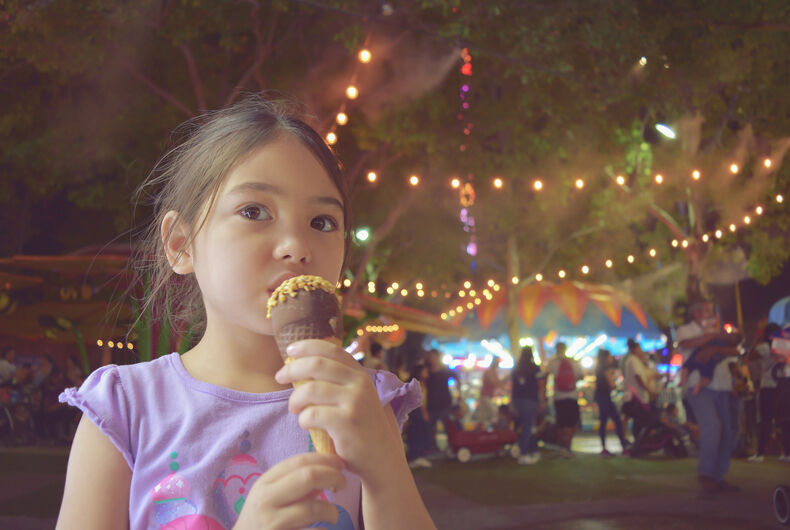 Texans understand how critical strong education is to the well-being and success of our communities–so much so that we’ve enshrined it in our state constitution. It’s often the earliest messages we receive in school that we spend much of our adulthood ruminating about.

When they are positive, these messages can remind us of our strength and talents and inspire us to push forward when we are feeling low. When these messages tear us down or make us feel invisible, they can serve as echoes for self-doubt and unworthiness. So why have Texas lawmakers enacted a new law designed to tell a generation of young Texans that they are unworthy of a full and enriching education?

This month, HB 25, a bill banning students who are transgender from participating in sports, took effect. This law singles out one group of kids to deny them the friendship, health benefits, and life lessons that stem from being part of a team.

This cruel expulsion of transgender children isn’t backed by data, experts, coaches, or parents. It serves only the politicians who designed the law to place targets on the backs of transgender kids, erase the existence of intersex kids, and encourage the bullying and humiliation of any girls who don’t meet narrow standards of femininity. Simply put, extremist lawmakers are sending a message that some kids aren’t welcome or safe in Texas.

Just a few months ago, a gay student in Paris, Texas was assaulted at homecoming; his attacker accused him of “wanting to be a girl” simply because he didn’t dress or act the way the bully wanted him to. A 17-year old student recently shared that being denied mental health resources at school amid growing LGBTQ+ bills in Texas contributed to her thoughts of suicide. And an educator from Katy reached out to us to ask for help addressing the worst bullying she has seen in her 16 years of teaching.

The throughline on this harassment? Stereotyping and harassment of trans youth.

This culture of fear about children is fueling a significant uptick in anti-LGBTQ+ victimization. In the last year alone, 52 percent of LGBTQ middle and high schoolers report being bullied, with 29 percent of that group attempting suicide. And polls find that two-thirds of LGBTQ+ youth report anti-trans bills have negatively impacted their mental health.

While many Texas teachers and coaches show up every day to support all students in their formative years, some politicians remain hell-bent on spreading disinformation about these children. Their strategy is clear: exploit many Texans’ unfamiliarity with transgender people. Fill the information void with fear and myths.

In reality, transgender Texans are simply our friends, neighbors, and those sitting beside us in the pews of our varied houses of worship. But lawmakers want to create divisions amongst the good people in Texas to hide that they are unable or unwilling to create a functioning, healthy state that works for all.

To avoid accountability, they tell us to be afraid of each other and to point fingers at kids who want to play sports. Now they’ve begun to target teachers and librarians for simply doing their jobs, providing kids with critical thinking skills by exposing them to a wide variety of ideas and voices.

The lives of LGBTQ+ people are not and will not be defined by the hateful actions of people at our Capitol. But many children’s formative years will be defined by the bullies they encounter in school—bullies who are modeling the cruelty of the grown-ups at the Capitol who should instead be role models for youth.

Emboldened by their successful attempt to ban trans kids from participating in school activities, Texas politicians are now working to make more children feel excluded. They’re pushing to censor topics of race and gender in books and curricula and to remove simple symbols of LGBTQ+ support and racial diversity from classrooms. These actions set dangerous precedents of government overreach and new rollbacks of freedoms and opportunities in the years to come.

Texas lawmakers have a choice—to create a better future for Texas or to lead our state down a path of destruction. They have the power to end the political misdirection harming our kids, stop these pointless restrictions and obvious censorship in schools, and instead show all students that they deserve to be part of Texas’ story. Our elected officials must correct our course now, before more young Texans’ lives are lost.

Ricardo Martinez is CEO of Equality Texas, and Emmett Schelling is the Executive Director at the Transgender Education Network of Texas.

Out trans actress Tommy Dorfman & husband are getting divorced