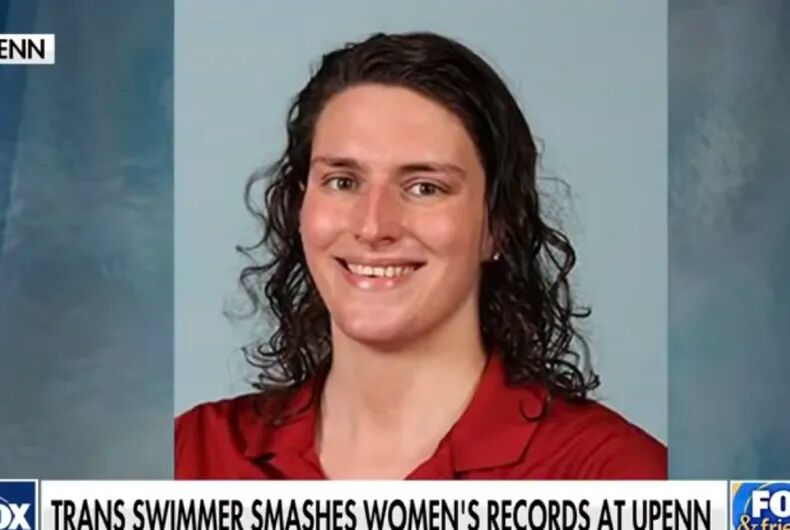 16 members of the University of Pennsylvania Women’s Swimming Team have written a letter urging the Ivy League to support stricter rules for the participation of transgender athletes – rules that could make it difficult for their teammate, trans swimmer Lia Thomas, to compete.

Since joining the women’s team, Thomas has skyrocketed into the public eye for her massive success and the records she has smashed.

Related: U of Penn could sue if trans swimmer gets banned from women’s championships

Despite backlash, Penn has stood by Thomas.

In the letter, her teammates – who did not include their names – argue that Penn and the Ivy League must “prioritize fairness for biological women in our elite competitions.”

It comes only a day after a separate group of Thomas’s teammates released a statement declaring their “full support” for her and saying they “value her as a person, teammate, and friend.”

The letter was sent on behalf of the 16 swimmers by former Olympian Nancy Hogshead-Maker, who is now the CEO of Champion Women, an advocacy organization for women and girls in sports. The letter repeatedly refers to cisgender women as “biological women,” a phrase often criticized as invalidating of transgender women’s identities because it implies that they are not really women.

“Biologically, Lia holds an unfair advantage over competition in the women’s category,” they argued, adding that “if she were eligible to compete against us, she could now break Penn, Ivy, and NCAA Women’s Swimming records; feats she could have never done as a male athlete.”

The letter comes in response to stricter rules USA Swimming recently announced that would make it difficult for Thomas to qualify for elite competitions. The rules require much lower levels of testosterone than even the Olympics required of transgender athletes and for those levels to be shown for three years, which would be the majority of the average college athlete’s career.

The NCAA announced in December that it would defer to USA Swimming’s guidelines for transgender athletes. The NCAA has not said what it will do now that those guidelines have been released.

An anonymous student said that Penn would sue the NCAA if Thomas is not allowed to compete, but the university hasn’t stated whether it will.

The letter urged Penn not to “engage in legal action with the NCAA to challenge these new Athlete Inclusion Policies.”

The students also said they were threatened with losing their spot on the team if they spoke out against Thomas.

Despite campaigning to ban her from competition, the students claimed they still support her gender identity.

“Lia has every right to live her life authentically,” they wrote. “However, we also recognize that when it comes to sports competition, that the biology of sex is a separate issue from someone’s gender identity.”

Thomas is only the second out trans woman to compete in NCAA women’s swimming, according to Outsports. Before transitioning, she was already a well-accomplished swimmer.

“I just don’t engage with it,” she said in an interview with SwimSwam regarding the backlash to her inclusion. “It’s not healthy for me to read it and engage with it at all, and so I don’t, and that’s all I’ll say on that.”

She added that she is proud of what she’s accomplished.

Last year, President Joe Biden signed an executive order saying that Title IX, which bans discrimination on the basis of sex in education, also bans anti-LGBTQ discrimination because it’s impossible to discriminate against LGBTQ people without taking sex into account. Schools that receive federal funds – like the University of Pennsylvania – would be running afoul of federal law if they denied the educational opportunity that is school sports to transgender students.