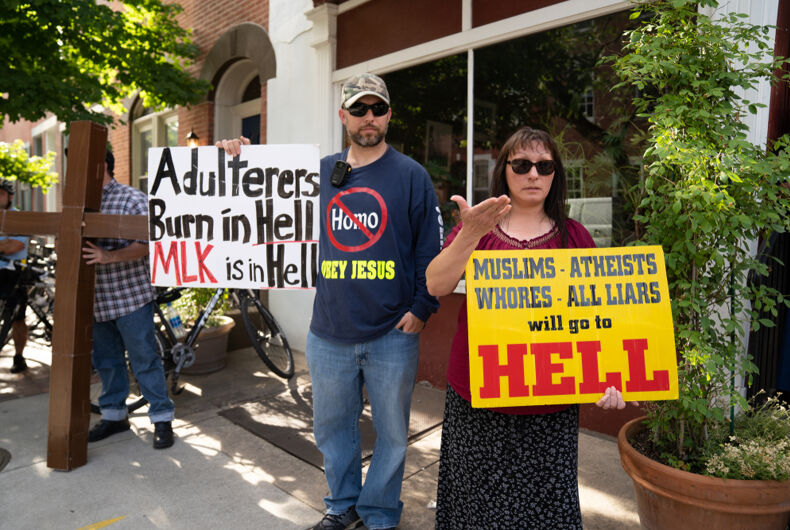 A school board member in rural Pennsylvania told students that they should be going to church instead of to their school’s Gay-Straight Alliance (GSA).

The comments came from Tulpehocken School Board member Carl Kauffman as he voted against allowing the GSA to form at a meeting on Tuesday.

Related: Enraged parents accuse teacher of being a “predator” after she starts Gay-Straight Alliance

GSAs are clubs that create a safe space for LGBTQ and questioning students to explore their identities and find support in an often unwelcoming school environment. Studies have shown that GSAs can help reduce bullying in schools.

Moreover, the Equal Access Act of 1984 – a federal law that Christian conservatives pushed for to keep schools from banning Bible clubs – requires schools to treat all student clubs equally. So the Tulpehocken board members had little choice but to approve the GSA, a Bible club, and a suicide-prevention group at the Tuesday meeting, and seven out of the nine members voted in favor.

Kauffman was one of the two who voted against the GSA.

“If anybody feels like they’re lost and needs guidance, that’s what we have churches in the community for,” he said. It’s unclear if he was aware of how unwelcoming many churches are to LGBTQ people, or if that was his point.

The other board member who voted against the GSA was Harry Fox. He told the Reading Eagle that clubs don’t do anything for education, so he voted against all three of them.

As conservative parents protest schools around the country targeting racism lessons, transgender students, and mask mandates, GSAs have come under renewed scrutiny. Several school districts this year have tried to ban them, even though the ACLU said that there have been 19 federal court decisions in favor of students’ rights to form a GSA.

A 2020 study by the University of Connecticut found that the presence of a GSA – also sometimes called a Genders-Sexualities Alliance – decreased bullying in schools and not just anti-LGBTQ bullying.