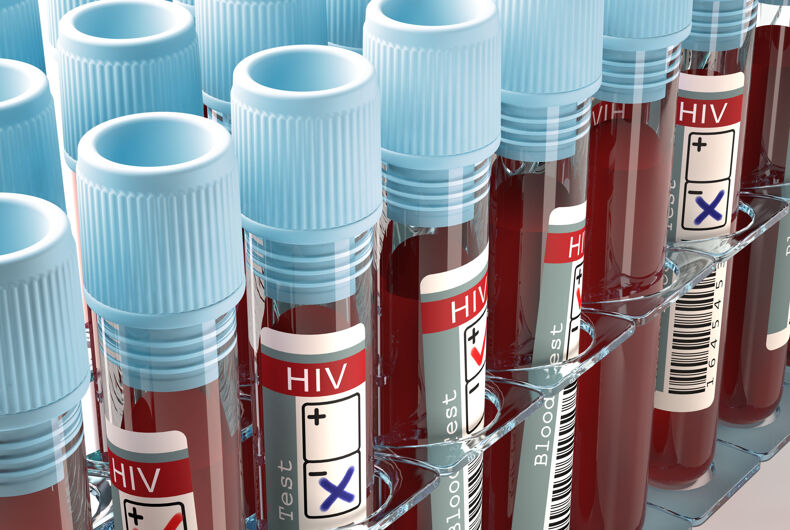 The woman has not been named and is being called the “New York patient,” referring to where her treatment took place. She is first woman and third person overall believed to be cured of the virus.

After being diagnosed with HIV in 2013 and Leukemia in 2017, the New York patient was treated four years ago using a combination of adult stem cells and umbilical cord blood in what is called a haplo-cord transplant.

Cord blood is a good resource for treating cancer because it does not need to be as exact of a match as adult stem cells do. It is also easier to screen cord blood banks than bone marrow registries for donors that contain the HIV-resistant abnormality needed.

Both the infant and adult donor cells were partial matches to the New York patient, but were able to be used in combination with one another.

Today, the woman remains symptom-free despite using no HIV medication. It has been 14 months since she has received HIV treatment, and the virus has not returned. She has also been in remission from Leukemia for over four years.

Not only is HIV not detected in her body, but researchers even took some of her immune cells and attempted to infect them with HIV in a lab. It didn’t work.

The treatment will reportedly not work for most people infected with HIV, but it does have the potential to cure dozens of people every year.

“We estimate that there are approximately 50 patients per year in the U.S. who could benefit from this procedure,” Dr. Koen van Besien, who is part of the team working on this cure, told NBC News. “The ability to use partially matched umbilical cord blood grafts greatly increases the likelihood of finding suitable donors for such patients.”

Bryson, however, has urged caution at using the word “cure” and instead says the woman should be considered in HIV “remission.” There have been cases where HIV comes back after a couple years. Once several have passed, the woman can be considered cured.

Dr. Anthony Fauci, director of the National Institute of Allergy and Infectious Diseases (NIAID), also expressed caution at the news, emphasizing that the treatment will only apply to a small group of people.

“The only trouble is that as it is right now, giving a transplant of cells from the umbilical cord or a stem cell transplant… this is not applicable to the normal, otherwise non-diseased, outside of HIV person,” Fauci said. “This person happened to have an underlying disease which required a stem cell transplant, so I don’t want people to think that now this is something that can be applied to the 36 million people who are living with HIV.”

What this situation shows, Fauci continued, is a “proof of concept” that it is indeed possible to rid the body of HIV for a long period of time, but he emphasized this treatment will not be widely available.

He also touted the “spectacular” HIV treatments that exist for most HIV patients today  that render HIV virtually undetectable in the body and make it almost impossible to transmit to others.

Nevertheless, researchers are optimistic that this case will open more doors to help more patients.

Carl Dieffenbach, director of the Division of AIDS at the National Institute of Allergy and Infectious Diseases, said, “It’s important that there continues to be success along this line” and that cases like this one continue “to provide hope.”

Will inflation doom Democrats in the midterms & any chance of LGBTQ progress?