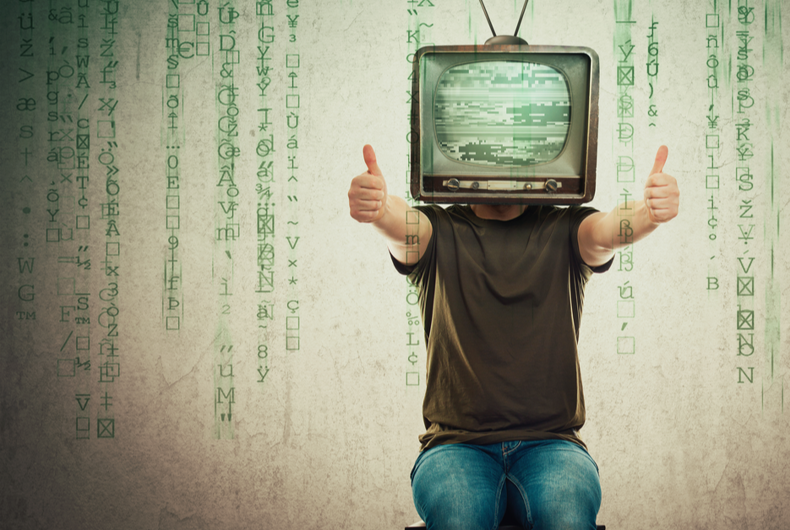 Books refresh our minds to a world of learning we could never imagine. They expose us to knowledge to develop understanding and empathy for people, communities, and concepts outside our lives.

Books challenge us to think outside the box of the prevailing status quo. In this way, they continually expand our critical thinking skills, to analyze our small piece of the world and envision how we can improve it.

Related: Texas lawmakers won’t allow some children to play sports. What will they take away from kids next?

Reading books and studying real history age-appropriately challenges the sterile whitewashed curriculum on which many students have been weaned. The curricular pablum many are fed is composed of non-nutritive hollow calories deadening creativity and critical thought, and potentially worst of all, a love of learning.

This reduces students’ chances of engaging in effective dialogue and in transformational actions to bring about systemic progressive change in themselves and in their social environments.

And this point of challenging us to enhance and expand critical thinking and critical consciousness generally stands as a chief reason why those in positions of power who have a vested interest in keeping things the way they are stand in the way of pedagogic strategies that uphold the true intent, the true meaning of “education.”

Texas state Rep. Matt Krause, a Republican, has issued a statement asking schools throughout the state to report to him whether they currently hold approximately 850 books on a list he has compiled.

Krause explained that he is directing his aim at curricular materials and school library collections that “might make students feel discomfort, guilt, anguish, or any other form of psychological distress because of their race or sex.” Some of the books on his list include written and graphic novels, while the majority represent non-fiction historical materials in the categories of race, nationality, sexuality, and gender identity.

A brief sampling includes 2020 Black Lives Marches by Joyce Markovics; Life, Death, and Silence: Women and Family in the Holocaust, by Esther Hartzog; The Indian Removal Act and The Trail of Tears, by Susan Hamen; What Is White Privilege, by Leigh Ann Erickson.

Also included are Beyond the Gender Binary, by Alok Vaid-Menon; Rainbow Revolutionaries: 50 LGBTQ+ People Who Made History, by Sarah Prager; and The Abortion Rights Movement, by Meghan Powers.

Some districts are attempting to ban materials from the 1619 Project (named after the year enslaved Africans were first ruthlessly brought and dumped onto what would be called the United States against their will).

Parents’ Rights or Adherence to the Status Quo

Possibly because the notion of Critical Race Theory is so vague to most conservative voters, when Virginia Gov. Glenn Youngkin (R) ran in 2021, he labeled himself as the “parents’ rights candidate.” He declared his intent to ban Critical Race Theory the day he is elected, and to outlaw the reading of a critically acclaimed Pulitzer Prize-winning novel by author Toni Morrison. Beloved, a truthful and painful story of the lives and loves of two enslaved black people in the U.S. South, has become an integral part of the canon of American literature.

House Bill No. 781, proposed by Del. Wren Williams (R), prohibits “divisive concepts” from instruction in Virginia public elementary and secondary schools. While Williams has made clear his opposition to the teaching of Critical Race Theory, the wording “divisive concepts” in its vagueness closes the door on the teaching of anything and everything conservatives deem necessary to ban.

In January 2022, the McMinn County School Board in Tennessee voted to confiscate Maus, a Pulitzer Prize-winning graphic novel by Art Spiegelman, from schools in the district. The book discusses the experiences of the author’s father as a Jew under the Nazi regime and as a Holocaust survivor. The Tennessee school board took this action due to supposed “inappropriate language” and an illustration of a nude woman.

A Claims Conference Poll of people under the age of 40, between February to March in 2020 found that 48 percent of young people polled could not name a single Nazi concentration camp; 63 percent did not know that 6 million Jews were killed during the Holocaust; and 11 percent believed that the Holocaust was caused by Jews

We see the political right now going bonkers over cultural attempts to break down social constructions of gender by desexualizing M&Ms Green (changing its stiletto heal boots to sneakers) and Minnie Mouse (dressing her in a pant suit rather than a frilly dress), and by providing Potato Head people all-gender or non-binary identities.

A tidal surge of conservative-sponsored bills to ban other works have spread throughout the nation pulling such notable works from schools as Toni Morrison’s The Bluest Eye, and Harper Lee’s To Kill a Mockingbird.

Teachers have come under increased scrutiny by parents and community members. For example, Youngkin’s his first executive order banned “inherently divisive concepts, like Critical Race Theory and its progeny” from Virginia public schools. He has set up email so-called “Tip Lines” for people to report (denounce) teachers.

Interviewed on a conservative radio talk show, Youngkin announced that parents will be able to report teachers or schools for “any instances where they feel that their fundamental rights are being violated, where their children are not being respected, where there are inherently divisive practices in their schools.”

Education in the Neo-Liberal Age

Walking home with my laundry cart filled with groceries in advance of a winter storm, I watched as my town’s sanitation workers dumped glass, plastic, and paper recyclables into their massive blue municipal truck.

I thought about how their actions metaphorically represented the current pedagogical practices in our schools whereby educators are mandated to fill the spaces of students’ brains with manufactured knowledge conceived by corporations to enhance their workforces and, therefore, their bottom lines.

The current system of schooling is in opposition to the very meaning of “education,” which is derived from two Latin roots: “e,” meaning “out of,” and “ducere,” meaning “to lead” or “to draw.”

True education involves the process of drawing knowledge out of the student or leading the student toward knowledge, rather than putting or depositing information into what some educators perceive as the student’s waiting and docile mind – what the Brazilian philosopher and educator Paulo Reglus Neves Freire termed “the banking system of education.”

Freire talks about a “culture of silence” in the schools and society at large. This is the result of systems of economic, social, and political domination, in addition to paternalism, to which marginalized peoples are the victims.

“The rightest sectarian (whom I have previously termed a ‘born sectarian’) wants to slow down the historical process, to ‘domesticate’ time and thus to domesticate men and women” (Pedagogy of the Oppressed, 1993, p. 20).

Not surprisingly within this current authoritarian climate, legislators in Arizona a few years ago banned Freire’s Pedagogy of the Oppressed, a pioneering and foundational work in the field of social justice education through liberatory consciousness.

Once the society (for the benefit of the corporate sector) fills students’ minds and depletes their labor, these societies put them out for collection to be recycled in another form and used up and recycled again in a self-perpetuating loop.

I would ask, however, what effects have our neo-liberal age of standardization, corporatization, privatization, and deregulation of the educational, business, banking, and corporate sectors have on learning?

Standardized curriculum and testing were initially intended to gauge students’ progress, but have, unfortunately, metastasized into benchmarks for student advancement through the educational levels, for teacher accountability, as well as criteria for school funding from the government.

The Neoliberal age—education for the corporate sector—acts like a postal sorting machine to plug workers into businesses on a conveyor belt of conformity.

According to the so-called “Allocation Theory” of education, schooling has turned into a status competition, which confers success on some and fails others. Our schools have morphed into assembly-line factories transforming students into workers, and then sorting these workers into jobs necessary for industry and business.

In so doing, educational institutions legitimize and maintain the social order (read as the status quo). Schools drive individuals to fill certain roles or positions in society, which are not always based on the individuals’ talents or interests.

Education is a path toward permanent liberation in which people became aware of their multiple positionalities, learn to perceive the social, political, and economic contradictions, and transform the world.

Realizing that students come from disparate backgrounds in terms of social identities and that students learn in a variety of ways, educators must be culturally competent and must be informed on the historical and cultural backgrounds of diverse student populations, pedagogical frameworks, theories of cognitive development, personality types, preferred sensory modes of learning, and others.

In the ideal classroom, the overriding climate is one of safety. This is not, however, the same as “comfort,” for very often, comfortable situations might feel fine but are not necessarily of pedagogic value.

To counter the increasing authoritarianism in the United States, rather than banning books and other materials, we must encourage critical consciousness and embrace the true definition of learning: to attain the individual’s highest levels of potential and to become life-long learners to transform societies and world for the better.