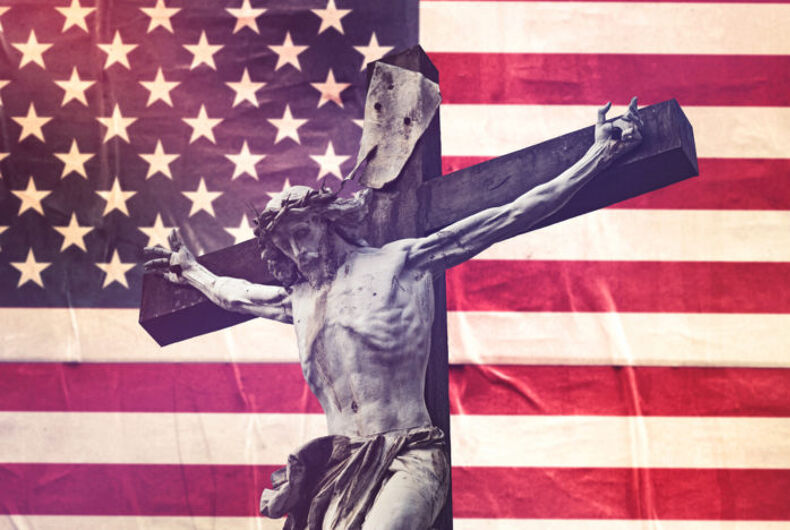 To win, they have destroyed everything they once professed to love.

The rise of the modern religious right began with Jerry Falwell’s Moral Majority. So, it must be bitterly ironic that they have reached their political zenith by surrendering their moral authority. Sure, they stand on the precipice of achieving some of their long-awaited political goals, but they have done so by transforming themselves rather than the culture, which they originally set out to do.

This movement is infamous for bullying, bellyaching and bare-knuckles tactics. While nastiness and nuttiness have often been useful in the political arena, it has come at the expense of losing future generations. In 2006, 23 percent of Americans were white evangelical protestants, according to the Public Religion Research Institute. By 2020, that share was down to 14.5%.

In 2020, 22 percent of Americans age 65 and older were white evangelical protestants. Among adults 18 to 29, only 7 percent were. Research by the political scientist Ryan Burge found that in 2020, roughly 40 percent of the people who called themselves evangelical attended church once a year or less.

Wasn’t the original mission of the church saving souls? That’s kind of difficult with fewer souls stepping into the pews. Even more alarming, today’s social media-savvy youth view evangelical leaders as hypocritical rather than holy. So, while the religious right appears increasingly powerful, Proverbs 16:18 is a more accurate evaluation of their current standing: “Pride goeth before destruction, and a haughty spirit before a fall.”

It seems that every one of the religious right’s ostensible victories, or soon-to-be wins, will crumble into pyrrhic dust. Their entire agenda is beset by the law of unintended consequences and the adage “be careful what you wish for.”

Let’s examine a few of their issues:

In June, the United States Supreme Court will likely overturn or severely curtail the 1973 Roe v. Wade decision. This was accomplished by delegitimizing the Hight Court – with Sen. Mitch McConnell (R-KY) denying President Barack Obama’s pick, Merrick Garland, a fair hearing, while unethically stuffing the bench with three Trump picks. The result is polarization with Gallup finding that only 40 percent of Americans approve of the Court’s performance, a record low.  A September Monmouth University poll found 54 percent of U.S. adults disagreed and 39 percent agreed with the Supreme Court’s decision to allow the Texas abortion law to go into effect.

Ironically, Roe v. Wade could finally collapse at a time when the religious right has little real power to stop abortions. Not only will “blue states” offer services to terminate pregnancies, but abortion pills exist. If the U.S. futilely spends $40 billion a year to prevent shipments of tons of cocaine and marijuana, how will the government curtail the movement of itty-bitty abortion pills that fit inside of envelopes? Furthermore, as the polling numbers on the High Court suggest, overturning Roe will be unpopular, creating a backlash that will fuel efforts to flout the law, very much like Prohibition.

Worth noting, back-alley abortions, as well, as right-wing politicians caught secretly hustling their daughters across state lines for abortions, will be a staple on social media and cable television. If the religious right’s abortion politics are unpopular now, wait until Roe has vanished and people meet the women harmed by the ruling. Eliminating Roe may also upend politics, creating electoral complications for the GOP in what otherwise should be favorable midterm elections.

In the same way that the abortion pill will likely undermine the religious right’s Court triumph, the internet and entertainment apps will undercut their latest book banning crusade in schools. Young people will still be able to get the books they prohibit, and the fact that they are forbidden will only increase interest among teens. Their war on LGBTQ people will surely falter if popular shows like Euphoria continue to exist, that are far more engaging than anything these scolds have to offer. Someone should send a memo to the religious right explaining that it is no longer feasible to be a gatekeeper in a world with endless gates.

As the popularity of the social issues they champion has plummeted, the religious right has jettisoned democracy in favor of violence and power politics. Their amorphous identity is now fully wrapped in the GOP, which is beholden to a fraud-committing, sexually permissive former reality show huckster that makes a mockery of their supposed values. They are in bed with the Republican National Committee, which this week declared that the coup attempt on Jan. 6 was “legitimate political discourse.”

Their hero, Sen. Josh Hawley (R-MO), gave his latest fist bump to the MAGA terrorists who stormed our Capitol. He defended the RNC, saying, “Whatever you think about the R.N.C. vote, it reflects the view of most Republican voters. In my state, it’s not helpful to have a bunch of D.C. Republicans commenting on the RNC.” So, overthrowing democracy reflects Hawley’s largely evangelical base?

The religious right’s shifty allegiances and shady alliances have not only damaged the country, but it has also split their church. Conservative New York Times columnist David Brooks described the division caused by the evangelical embrace of Trumpian politics: “The turmoil in evangelicalism has not just ruptured relationships; it’s dissolving the structures of many evangelical institutions. Many families, churches, parachurch organizations, and even denominations are coming apart.”

Is imbibing on political power worth diminishing America and defiling their own church? That is the question right-wing evangelical leaders must answer. Instead of the Prince of Peace, the religious right tragically embodies the ethos of Blackwater founder Erik Prince, who was unmasked this week for trying to fund an operation to infiltrate and spy on liberal organizations and Republican politicians deemed insufficiently loyal to Donald Trump.

The religious right is behind much of our nation’s COVID denial. They thought God, instead of vaccines, would protect them from pestilence. The results are staggering, with more than 900,000 Americans dead. To put the carnage in terms they might understand, that’s more than 10 Rose Bowls filled unnecessarily with corpses. While today it’s important to reevaluate mask and vaccine mandates as facts change, right-wing COVID deniers were always on the side of Team COVID. They irrationally and irascibly fought science and smeared Dr. Anthony Fauci as the virus raged through society.

These zealots nearly unraveled our healthcare system. Far from “loving thy neighbor”, they revealed themselves to be as self-centered as they were self-righteous. People are still dying, and our economy is still suffering from their thoughtless actions. The latest antics include exporting their deadly chaos to Canada, with a trucker convoy. The New York Times reports that “most of the protesters and the organizers are clearly on the fringe, with some even wearing Nazi symbols and desecrating public monuments.” Sounds like the same “freedom loving” crowd that led the Jan. 6 insurrection.

Sadly, it appears that the religious right is the primary victim of their own culture war. When I started LGBTQ activism in the early 1990’s, our right-wing opponents would wag their fingers and smugly accuse us of being angry victim-mongers. But who’s angry and drowning in victimhood now?

Right-wing conservatives appear perpetually pissed off, whether it’s the Jan. 6 rioters, disease-spreading truckers, Trump rally-goers, or FOX News viewers. For a movement that has ostensibly achieved “power”, they sure seem unhinged and unhappy.

If this is what victory looks like, I can’t imagine how bitter they’d be in defeat.