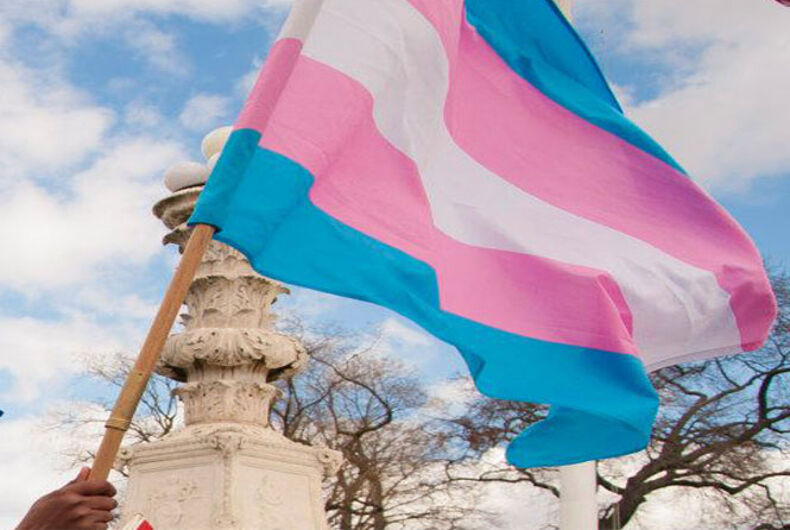 As the Indiana legislature contemplates a bill banning trans girls from playing sports on girls’ teams, one Bloomington couple is doing everything they can to stand up for their trans daughter.

Nine-year-old Kirin Clawson has been out as trans since she was a toddler. Her parents, Beth and Nathaniel Clawson, have always supported her and are even part of the local Trans and Allies Support Community (TASC).

Related: Trans teen afraid to leave home because of bullying. Mother says the school’s not helping.

Kirin has also found acceptance among peers and teachers at Childs Elementary School, where she attends. She is a happy kid who participates in swimming, volleyball, and roller derby.

But with H.B. 1041, state lawmakers are trying to make it illegal for Kirin to compete in these sports as a girl. The bill would prohibit “a male” from participation in women’s sports “based on biological sex” and has already passed the state’s house 66-30. It is now up to the state’s senate to determine what happens next.

Nathaniel testified before the house against the bill last week.

“There are so many life lessons that kids learn through sports, and they build stronger friendships with their peers,” he told the Herald-Times. “It’s those life lessons that I was worried most about my daughter missing out on.”

“My daughter’s mental health and wellness is far more important than your child’s medal or record,” Beth added.

Beth said that when Kirin was younger, she worried about her participation in team sports.

“I discouraged her interest in things, specifically in swimming and gymnastics, because it’s leotards and swimsuits,” she said.

“Of course, we as a family now know that gender has nothing to do with body parts, but a lot of the world doesn’t understand that.”

That lack of understanding is what has led Beth and Nathaniel to keep letters from Kirin’s pediatrician on hand that state she is living in a safe home, is not being mistreated, and is in fact receiving positive care. The fear of social services questioning them is very real.

“We spend our days armored up,” Beth said. “A lot of people are saying, ‘We’re not denying your child because they can still play boys’ sports.’ But I’m like, you can’t tell them, ‘Be who you are, except when.’ You have to let our kids be who they are all the time.”

Some of the arguments against allowing trans kids to live as their authentic selves revolve around the idea that kids are too young to make such big decisions about who they are – despite the fact that de-transitioning is rare, gender affirming care for children is completely reversible, and gender-affirming care reduces the risk of depression and suicide in young people.

But for Beth and Nathaniel, whether or not Kirin feels differently down the road isn’t even relevant. Their support is not contingent on anything but how she feels right now.

“Our whole thought process is if she changes her mind, she’ll at least know that we accepted her and we love her,” Nathaniel said.

GOP governor candidate busted as part of swingers group. He didn’t pull out.