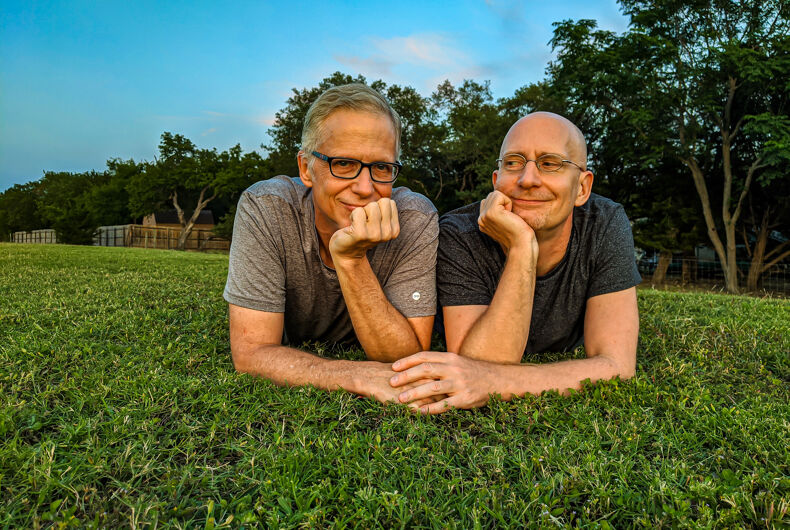 Sometimes I wonder how my husband Michael and I ended up as “nomads,” continuously traveling the world for almost four years now, working remotely along the way. In our fifties, no less.

We decided to leave America on November 8, 2016. Yes, the night Donald Trump was elected.

We were driving home from a very depressing election night party. All year, I’d been a nervous wreck about the upcoming showdown. The respectable pundits were unanimous that the U.S. would never be stupid enough to elect someone as obviously unfit as Donald Trump as president, and the polls seemed to agree.

But I never drank that particular Kool-Aid. Now that my worst suspicions had been confirmed, I wanted a plan to deal with what was going to happen. I like making plans, actively trying to solve problems, because they make me feel like I’m still in control.

Some people might even say I’m a bit of a control freak. I couldn’t control America, but I could sure as hell control my own life.

Sitting in that car, I turned to Michael and said, “Let’s sell the house and leave the country.”

“Different places. If we find a place we like, we can stop.”

Michael had lived in Australia for a couple of years in his twenties, and he’d always been eager to move back overseas. We’d talked about it a lot, and I’d always said I wanted to do it too — eventually. There were plenty of things that had frustrated me about America long before Trump.

I’m also sure we weren’t the only ones who talked about leaving the country the night Trump was elected.

Of course, all our friends thought we were just blowing off steam. It’s not like we’re actually going to go through with this crazy plan to sell everything and leave the country to become — what? Expats? Immigrants? Middle-aged backpackers? This wasn’t like any kind of mid-life crisis we’d ever heard of before.

We didn’t even have a word for what we were doing.

I had other reservations too. Since my only experience with travel until now was being on vacation, I worried it would be expensive. And wouldn’t we get lonely? How in the world would we meet people if we were constantly on the move? Even if we did, people would probably take one look at us and think, Too old. Or, So tragically unhip. Or maybe they’d see us as too gay — or not gay enough.

But as unpredictable as our new life felt, it still seemed preferable to the craziness of a Donald Trump presidency, and the even more bizarre phenomenon of 40 percent of the country acting like everything was still perfectly normal.

By February 2017, Michael and I had sold our house in Seattle and moved into a small temporary apartment to make preparations for our travels. At the end of the year, we left home for good.

We decided to ease our way into our new lifestyle at a cohousing facility for long-term travelers near Little Havana in Miami, Florida.

In the Uber from the airport, I was thinking, I’m making a huge mistake! Being a control freak means I like things safe and predictable. How crazy was I to think I was constitutionally suited for a life of continuous travel?

It didn’t help that Michael was immediately in his element, bonding with people from all over the world — “digital nomads,” they called themselves.

Was that what we were now?

I quickly discovered it was far easier to meet other nomads than it had been making new friends back in Seattle. Most people accepted us completely, despite the fact that we were almost always the oldest folks in the room. Over and over again, our new friends told us how they’d been the black sheep back in their hometown in Finland, or Brazil, or Texas. They were the dorky kid in school, the oddball, the loner, the outcast. Even from an early age, they knew they wanted more. So they left home to travel the world.

Which made perfect sense! You didn’t make the extreme choice to leave everything and everyone you’ve ever known behind if you were happy with your existing life. In a weird way, I could totally relate.

To travel like we planned, Michael and I had pared all our possessions down to a few things in a small storage locker back in Seattle and whatever we could carry: functional clothing, toiletries, and a few media devices. It all had to fit in our two suitcases and two small backpacks.

To my surprise, I loved this too. There was a real purity in carrying almost everything we owned with us. To buy something new, we had to get rid of something old. When it came to personal possessions, our lives literally had to be in balance. Otherwise, we’d literally break our backs!

Having found our feet in cohousing, Michael and I soon moved on to Europe, living for a few months on the rocky island nation of Malta, then at the edge of a vast ancient ruin in Matera, Italy. Before long, we found ourselves biking the country roads surrounding a charming village in Bulgaria, then living in a chalet high in the Swiss Alps.

Soon we started rendezvousing with nomad friends we’d met in previous countries, staying in neighboring bungalows on the beach in Thailand, and in a homestay at the edge of some rice fields in Vietnam.

We made local friends too. All across the world, they’ve shown us the sights that most tourists never see.

Along the way, I met someone else I didn’t know: my husband Michael. He was so much more comfortable in his skin now. Back in Seattle, I’d always considered him to be an introvert like me, but now he was always up for meeting new people.

It had also used to be difficult to get him to do things, to go on hikes or take weekend getaways.

“What’s the point?” he’d always say. “We’ve already been there.”

He was right. We’d lived in Seattle for more than 20 years. There was very little we hadn’t seen and done.

But now, wherever we were, we hadn’t been there before, so he couldn’t wait to explore it. Somehow it also made sense when he took up photography because now he had the perfect excuse for his endless explorations.

It turns out Michael had a deep and abiding hunger for the unfamiliar — for new places and people.

This was so obviously the man he was meant to be. It felt like I’d been living all those years with a duck, but I’d never actually seen him in water.

I was also discovering some unexpected things about myself: that the world isn’t nearly the scary, dangerous place I’d thought — and that interesting things happen when you give up the control you never really had in the first place.

In other words, I really liked the unfamiliar too.

I’d been worried about the cost of our new lifestyle, so I was delighted to discover that by living part of the time in cheaper countries, we now spent a little more than half what we’d spent maintaining a small house in Seattle.

Our apartments are even smaller now, but our lives are so much bigger. Now we’re always exploring some new culture and its cuisine, and — best of all — making new friends.

Obviously, we’re able to live this way because of massive American privilege. But the fact is, this privilege existed back in America, even if we weren’t as aware of it. Now we’re able to live and shop locally in communities that very much appreciate our presence and the shared American wealth.

More importantly, now that we’ve made connections with generous locals all over the world, international issues aren’t mere abstractions — part of the daily bombardment of information. Now the issues are often very personal, because the people involved are our friends.

These days, Michael and I are living in Split, Croatia, soon to be heading to Athens, Greece, for a bit before meeting an old friend for a month at Lake Como, Italy.

Michael and I left home to get away from a country in decline. Like every satisfied traveler ever, we ended up finding ourselves.

But here’s the truth, something I’ve never even told Michael. All those times we talked about long-term travel — the thing he and I were definitely going to do “eventually”?

That was just talking on my part. I see now I was only humoring Michael and enjoying the romantic fantasy. It took something really dramatic to get me to finally go through with it, something that scared me even more than my fear of unpredictability and the unknown.

I’m still not sure what to think about the fact that a terrible human being like Donald Trump — a man who has made the world so much worse for so many — is responsible for my life becoming so dramatically better.

But however it happened, I now stand in awe of a life I almost didn’t live, in love with a man I almost never met.

Brent Hartinger is a screenwriter and author, and one-half of Brent and Michael Are Going Places, a couple of traveling gay digital nomads. Subscribe to their free travel newsletter here.

China censors the lesbian storyline from Friends. Viewers are not happy.

Jared Kushner has been nominated for a Nobel Peace Prize