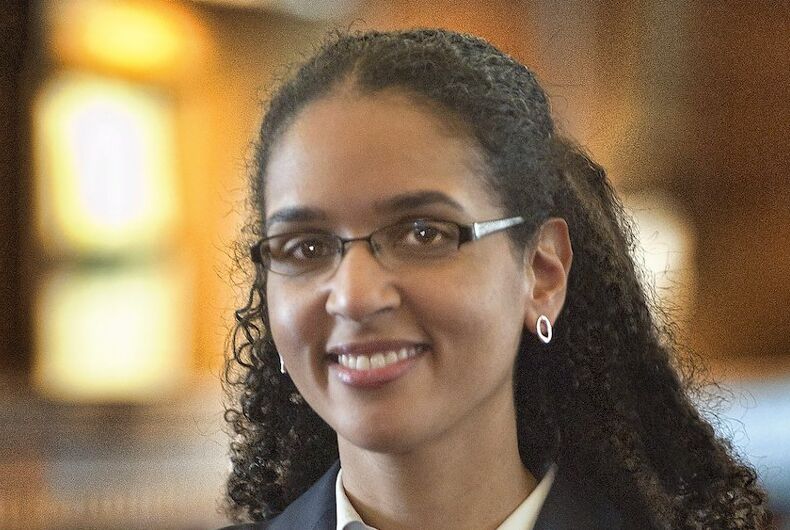 Leondra KrugerPhoto: US Department of Justice

Among the potential choices to replace Stephen Breyer on the Supreme Court is Leondra Kruger. Kruger has all the credentials to be a strong nominee (no matter how much Republicans complain that she’s not a white man), having argued 12 cases before the Supreme Court and now serving as a justice on the California Supreme Court.

But Kruger is now coming under scrutiny for her role in one of the hot-button topics that will come before the court: religious liberty.

Related: Lawmaker tries to stop an anti-LGBTQ law in an emotional speech about gay nephew’s suicide

In 2011, as an attorney in the office of Solicitor General, which handles the government’s interests in cases before the Court, Kruger represented the Obama administration in the case of Hosanna-Tabor Evangelical Lutheran Church v. Equal Employment Opportunity Commission. The case involved a woman who had been fired from the church named in the suit after she was diagnosed with narcolepsy. The woman sued on the grounds of discrimination on the basis of a disability.

The church argued that the woman was a “called” teacher, someone who taught before religious classes and secular subjects. As such, the church said that this was a church matter that should be settled within the ministry and not in the courts.

The government’s argument, as presented by Kruger, was that constitutional religious protections were of limited use when it came to nondiscrimination laws. But Kruger also argued that under First Amendment “free association” rights, it didn’t matter whether the teacher was employed by a church or a labor union.

To call that a losing argument with the justices is an understatement. Antonin Scalia called it “extraordinary.” Perhaps that was no surprise, given Scalia’s conservative bent.

But Elena Kagan was no less skeptical. “I too find that amazing, that you think that … neither the Free Exercise Clause nor the Establishment Clause has anything to say about a church’s relationship with its own employees,” she said.

Kruger, and the Obama administration, lost the case. Unanimously.

Her boss at the time, Donald Verrilli Jr., told the Washington Post it was all his fault.

“Hosanna-Tabor was 100 percent on me,” he said. “If I had one case to do over as solicitor general, it would be that case.”

Still, if Kruger is nominated, you can expect that this case will be a topic of conversation for both sides at her hearings. Democrats will want to know if she inadvertently paved the way for all kinds of exemptions to nondiscrimination protections. Republicans will be certain to portray her as someone who is so anti-religious that she would litigate all kinds of church matters.

But no matter the nominee, those kinds of fireworks are all but guaranteed in any case.

Marjorie Taylor Greene mocked for whining about the “gazpacho police”