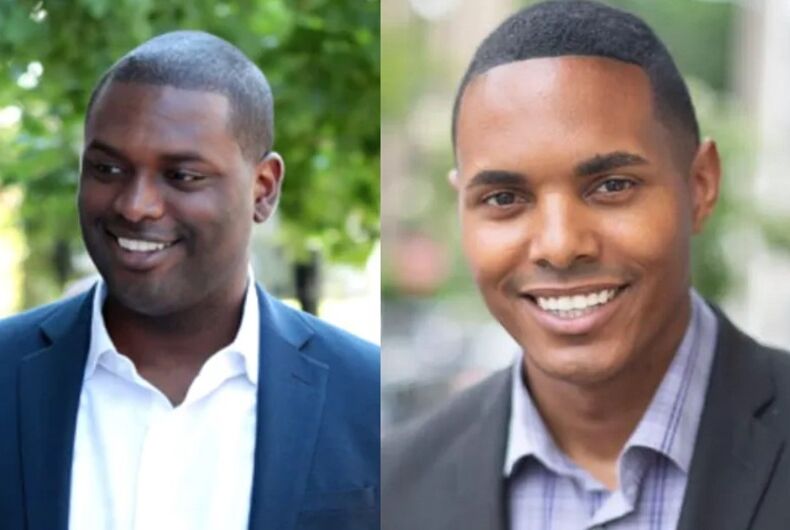 In a letter exclusively shared with LGBTQ Nation, out gay Congressional Reps. Mondaire Jones (D-NY) and Ritchie Torres (D-NY) are calling on the Centers for Disease Control and Prevention (CDC) and the Centers for Medicare and Medicaid Services (CMS) to make a revolutionary new HIV prevention drug free of cost.

Signed by 56 additional members of Congress, the letter praises a “potentially transformative” new kind of injectable HIV prevention drug called Apretude that was recently approved by the Food and Drug Administration (FDA).

Instead of the daily pills currently required for HIV pre-exposure prophylaxis (PrEP), the new drug, Apretude, first requires two shots one month apart, followed by one shot every two months.

Apertude currently costs $3,700 per dose, and unlike the daily pills, insurers are not required to cover the costs.

“To ensure that this life-saving medication is as accessible as possible to the people who need it most, particularly LGBTQ+ people and people of color, we urge you to ensure that public and private insurance plans cover Apretude at no cost to patients — just like the other forms of PrEP,” urged Torres and Jones.

Jones told LGBTQ Nation that for him, this cause is personal.

“I am one of the hundreds of thousands of Americans for whom PrEP has been life-changing,” he said. “For decades, Black LGBTQ+ individuals have been among the hardest hit by the HIV/AIDS epidemic.”

He continued, “PrEP is a powerful tool in preventing HIV infection, protecting our communities, and ending this epidemic, which is why I am so passionate about ensuring that everyone who could benefit from PrEP is able to get it. We have the power to finally eradicate HIV once and for all, and I won’t stop fighting until we do exactly that.”

The letter also explained that PrEP is 99 percent effective against sexually-transmitted HIV infections when used properly and as such is recommended for use by 1.2 million people in the United States.

But as of 2020, they said, only 25 percent of those recommended for PrEP were prescribed the drug.

And finally, they said only 32% of eligible trans women take PrEP.

“Because Apretude is much easier to take properly than oral PrEP,” they continued, “it promises to make PrEP more accessible, on more equitable terms, than ever before.”

They concluded by asking the government agencies to require both public and private insurance companies to make Apretude free for all who would benefit from PrEP, “just like oral PrEP is today.”

“Our health care system must not financially discriminate against what may be the most effective way of preventing this harrowing epidemic.”

They also asked that the agencies work to make HIV prevention drugs free to anyone regardless of insurance status.

The letter was sent to the CDC and CMS on February 4. The lawmakers have not yet received a response.

In 2020, Jones and Torres both made history by collectively becoming the nation’s first out gay Black LGBTQ congressmen.

In October 2021, Jones was one of a group of Democratic reps. who introduced the PrEP Assistance Program Act, a bill pushing to make PrEP more affordable.