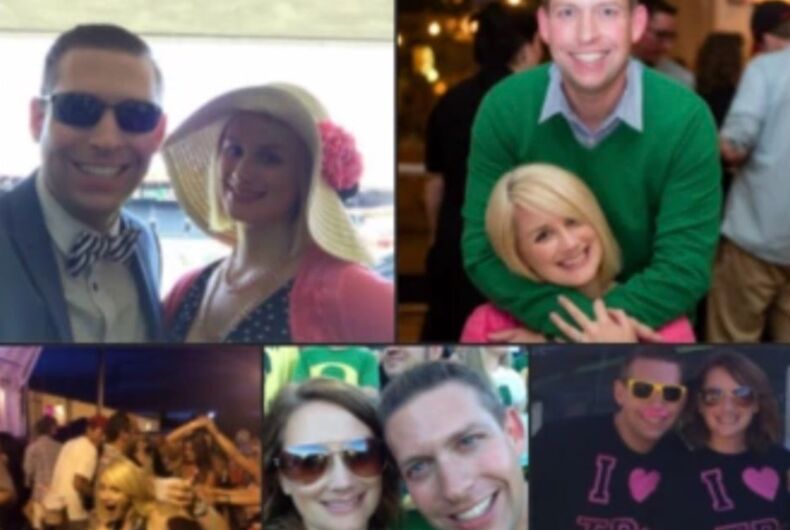 Sandy, Oregon Mayor Stan Pulliam, one of the leading GOP gubernatorial primary candidates forged in the image of former president Donald Trump, has admitted that he and his wife were part of a swingers group a few years ago.

While he acknowledged the open relationship, he didn’t pull out of the race. Instead, he assured potential voters that he is 100% heterosexual.

Related: Conservative lawmakers are trying to change this airport’s code because it’s too gay

Pulliam told the media during an interview with his spouse, MacKensey, that the two “explored relationships, mutual relationships with other couples, for a brief period of time before ultimately deciding that it wasn’t for us.”

“I think people can relate from all different parts of the state who have been involved in marriages,” he said. “There are different stages of marriage and different ebbs and flows. This is something that was for a brief period in our past and is in the past.”

Open relationships are perhaps more common among the LGBTQ community, and groups for married opposite-sex couples to “swap” partners for consensual sex have existed for decades. Still, the idea of sex outside of marriage has been a major taboo for the religious right and conservative politicians.

While Pulliam was more than willing to give his own family some leeway in the morals department, he still made sure to assuage voters’ fears that he might have done something sexual with another man. He explicitly told the media that he is not bisexual.

Those sharing the screenshot are implying that Pulliam is, in fact, bisexual and that his campaign has been working with anti-LGBTQ groups. He denied that.

The Republican mayor has made a name for himself in local politics by challenging out bisexual Gov. Kate Brown’s (D) coronavirus prevention mandates. He also echoes Trump’s Big Lie and racist attacks on “critical race theory.”

With over a million dollars in the bank for his campaign, Pulliam polls second among Republican voters, but can he maintain the lead? Evangelical voters will willing to overlook Trump’s depravities and sexual peccadilloes, but would they do the same for Pulliam?

“Donald Trump can get away with it.” Pacific University political science professor Jim Moore told Willamette Week. “Stan Pulliam—I don’t think he can. He’s still introducing himself to people. He’s raised nearly a million dollars—he needs to be spending a lot of it right now on pictures of flags and kittens and puppies.”

Family values. Stan Pulliam, leading Oregon GOP candidate for governor, admits he & wife are swingers after his post to a swingers Facebook group is discovered. Don’t worry, he’s not gay though: “I’m a heterosexual male, & I’ve only personally engaged in heterosexual activity”. pic.twitter.com/lrmIXfMfTA