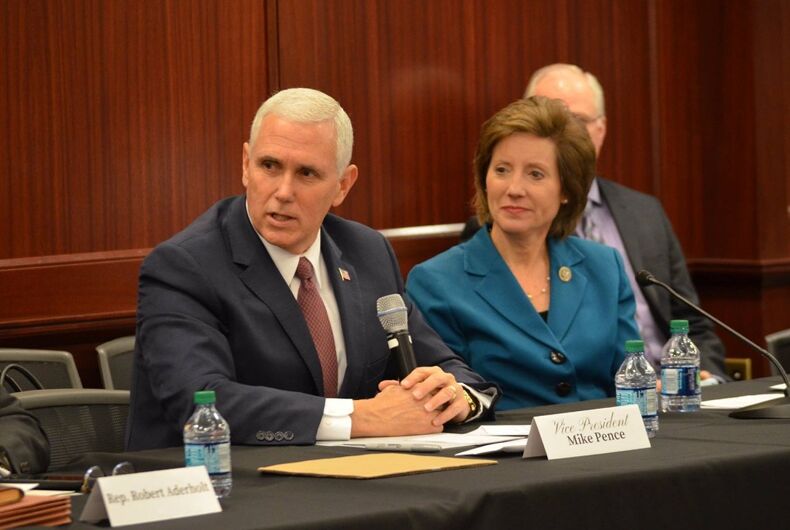 In the ad, Hartzler calls Thomas one of many “men pretending to be women,” deadnaming Thomas and using a picture of her from before her transition, which can be hurtful to transgender people.

“Some people are afraid to talk about it – not me,” Hartzler said in the ad, even though Republican lawmakers all over the country have been proposing laws attacking transgender student-athletes for years now.

“Women’s sports are for women, not men pretending to be women,” she said.

“This ad is about as transphobic as you could possibly get,” said Cathy Renna of the National LGBTQ Task Force. “This is right out of the playbook for folks who are trying to use this as a wedge issue. And it’s really unfortunate, because the reality is that real people’s lives are impacted by this.”

Thomas doesn’t compete in Hartzler’s state, but she has attracted the ire of conservatives across the country. Thomas meets eligibility requirements to compete in college sports.

Hartzler’s home state of Missouri also allows transgender people to play school sports at the high school level as their gender, requiring a year of hormone therapy for transgender girls before being eligible for competition. The policy has been in place since 2011, according to TransAthlete.

Still, Missouri lacks protections against anti-LGBTQ discrimination, a topic that Hartzler didn’t bring up in her ad. She has consistently gotten a score of “0” on HRC’s Congressional Scorecard due to her solid opposition to LGBTQ equality.

Cher lived here. So did Britney Spears. Now you can too if you’ve got $7M sitting around.