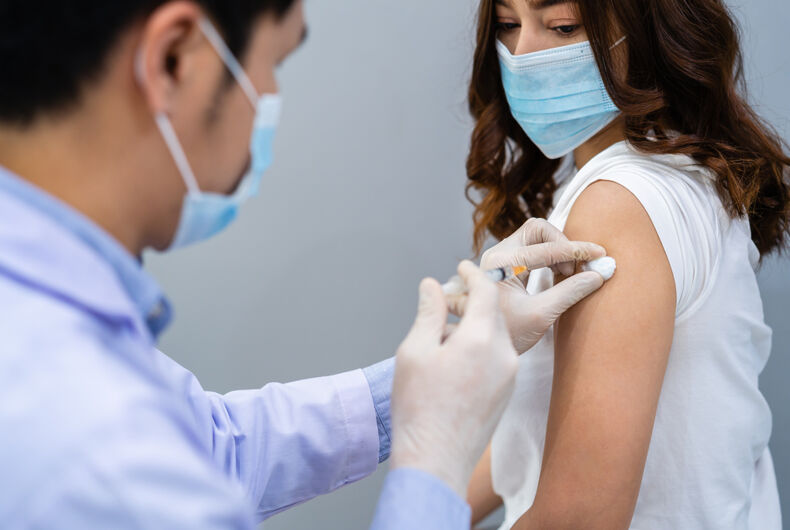 New data from the Centers for Disease Control and Prevention (CDC) has revealed that COVID-19 vaccination rates are higher among gay and lesbian adults than among heterosexual, bisexual, and trans and non-binary adults.

Related: New study shows why there are so few LGBTQ anti-vaxxers

Conversely, trans and non-binary adults were not as confident in the vaccines’ safety. While 83.2% believe the vaccines are important for Covid-19 protection, only 62.8% feel confident they are safe.

The disparities exist among other populations as well, though. Only 76.3% of gay and lesbian adults said they were confident in the vaccines’ safety, which is 14.5% lower than those who believe the vaccines are important to protect themselves.

One author of the study, Dr. A.D. McNaghten, told ABC News more research must be done to explain the differences in vaccination rates within the LGBTQ population and why there are gaps based on race and gender.

“Additional research could help determine if these differences are associated with socioeconomic or health care access issues, and if there are factors influencing vaccine uptake or vaccine hesitancy within specific groups,” McNaghten said.

The study also noted that LGBTQ people face an increased risk of severe illness from COVID-19 due to the the greater prevalence of other health conditions in the community.

“We know that the prevalence of certain health conditions associated with severe COVID-19 illness, such as cancer, smoking, and obesity, are higher in LGBT populations, and access to health care continues to be an issue for some people in the LGBT community,” McNaghten said.

As such, the study said greater efforts are needed to help protect the most vulnerable, including more federally funded surveys to collect data on LGBTQ people.

“Inclusion of sexual orientation and gender identity in surveys, as well as in COVID-19 testing, case reporting, and vaccination administration systems, can guide strategies to improve access to health care and prevention services among LGBT populations,” the authors wrote.

“This information could be used at the local level to reduce disparities in vaccination coverage among persons at highest risk for severe COVID-19–associated illness, such as non-Hispanic Black and Hispanic LGBT persons.”

Does DoorDash deserve to be deemed one of the “Best Places to Work for LGBTQ+ Equality?”