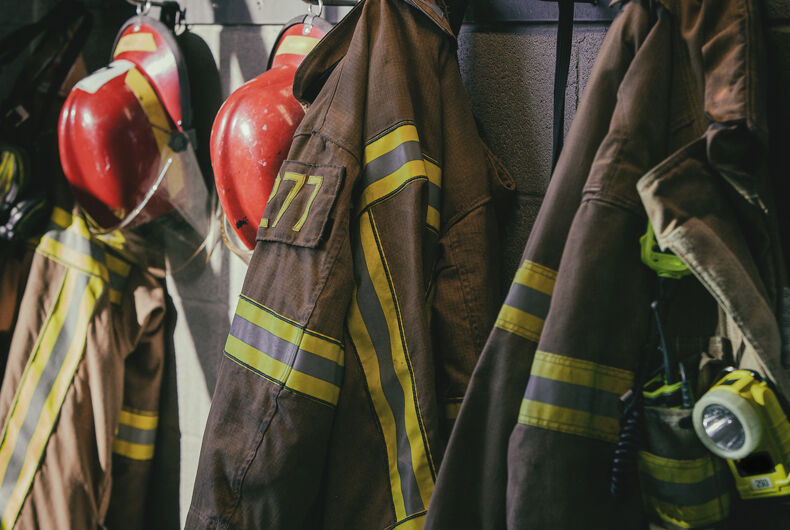 A volunteer fire department in Pennsylvania was shut down after firefighters were caught on a hot mic using racial slurs and making fun of an eight-year-old Black girl who was fatally shot by police.

No one is working today at Briarcliffe Fire Company Station 75 in Glenolden after firefighters were busted using racist language after a video conference call when they thought, incorrectly, that the microphone was off.

Firefighters from three local fire companies as well as county and state officials were on the call to talk about service consolidations. The officials running the call left, and the Briarcliffe firefighters – who are mostly white – decided that that was the time to make fun of their Black colleagues in another fire company.

“A bunch of fucking [n-words] down there,” one man can be heard saying, talking about the firefighters at the Darby Township Fire Company, who were on the call. The Darby firefighters are all Black.

“He’s just a piece of shit,” another said about the Darby fire chief, and someone else called the chief, who is Black, a racial slur.

They also made other comments about the Darby firefighters that included calling them lazy.

“They didn’t do shit there,” one person said. Another said that that’s because many Black people live in the area.

“Black on white, that’s the fucking problem. Blacks are taking over shit.”

The Briarcliffe firefighters also made fun of Fanta Bility, and eight-year-old Black girl who was allegedly shot to death by three police officers outside of a football game last year in Pennsylvania. The officers involved are facing a dozen charges each, including manslaughter.

“Fanta soda, yeah, orange or Fanta grape,” one of the firefighters said while laughing. Someone told him that the girl was killed, and he kept laughing.

Their racist statements were overheard by firefighters from the Goodwill Fire Company, the third fire company on the call.

“Those things they said were very discriminatory in nature, and that’s not what we stand for,” Goodwill Deputy Chief Tim Eichelman told WPVI.

Bility’s family also released a statement saying that they’re “appalled” by the firefighters’ callousness towards their deceased daughter.

“Fanta was a bright, bubbly, innocent child who looked forward to a life filled with helping others who were hurting or injured – before being killed by the careless actions of three Sharon Hill Police officers,” the statement said. “To speak of her with such disrespect shines the light of shame on those people at the fire house making the remarks and reflects negatively on those good and true first responders who pledge their lives to the service of all members of the community.”

“How mean-spirited it was to comment on the death of an eight-year-old child,” said state Sen. Anthony Williams (D).

Briarcliffe Fire Company Station 75 was suspended when the audio recording was brought to the attention of county officials. They will be closed for 30 days while the county conducts an investigation.