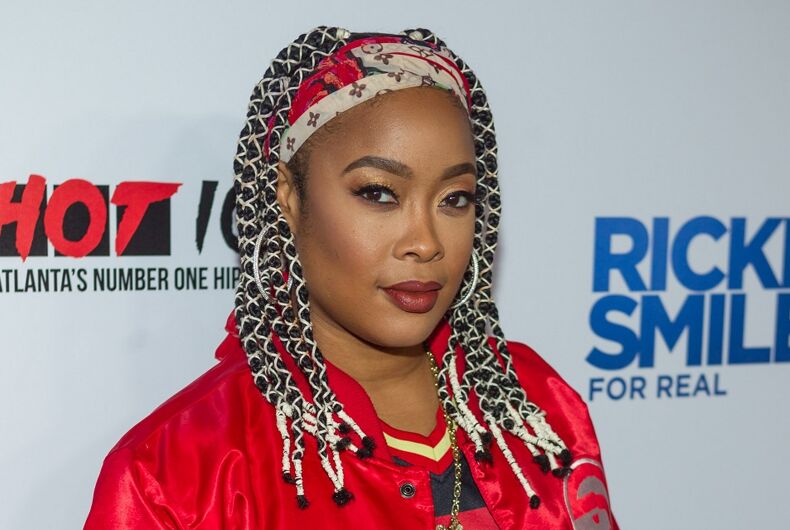 “We are EXTENDING the family,” Dupart wrote on her Instagram account, sharing a picture of herself and Da Brat hugging her from behind, her hands in a heart-shape around Dupart’s belly.

Related: Rapper Da Brat said it took her decades to come out because of how Ellen was treated

Da Brat is a Grammy-nominated musician who is perhaps best known for her collaborations in the mid-1990s and early 2000s with Missy Elliott, Mariah Carey, Jermaine Dupree, and Destiny’s Child, among others.

After years of speculation about her sexuality, in 2020 she posted a video of herself getting a gift from Dupart, the CEO of Kaleidoscope Hair Products, effectively coming out.

In an interview with Dish Nation in 2020, Da Brat said that she already picked out their future child’s names.

“My child will have all of my names, honey,” she told the website. “Her name would be Legacy Shawntae Dupart. Shawntae is my first name and Dupart is my baby’s last name. Yes, honey, carry on the legacy of your parents, darling.”

Their wedding is scheduled for February 22.