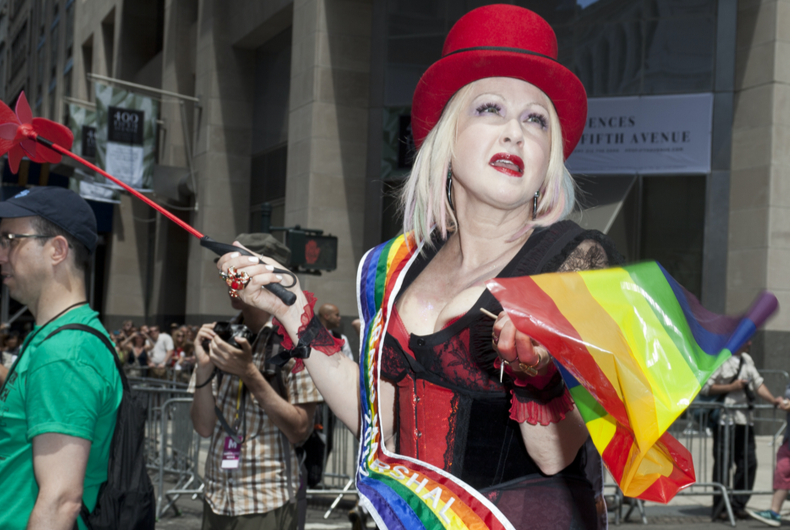 Singer Cyndi Lauper, one of the LGBTQ community’s strongest allies, has hit a career milestone. Only four other artists who rose to stardom in the 80s have capped off careers like this.

And Madonna isn’t one of them.

Lauper’s iconic “Girls Just Wanna Have Fun” video hit a billion views on YouTube. Released in 1983, the song’s enduring power is a testament to the lasting impact of the lyrics. The song won the first Video Music Award for Best Female Video.

The song, written in 1979, was originally sung from a man’s point of view and sexualized women. Lauper found the lyrics misogynistic and changed them to reflect a woman’s perspective instead. The song has been heralded today as “an anthem of female solidarity.”

“Thank you all so much for always supporting me and inspiring me!” she wrote on Instagram along with a clip from the video.

Only Guns and Roses’ “Sweet Child O’ Mine,” A-ha’s “Take On Me,” Michael Jackson’s “Billie Jean,” and Rick Astley’s “Never Gonna Give You Up” have reached the milestone.