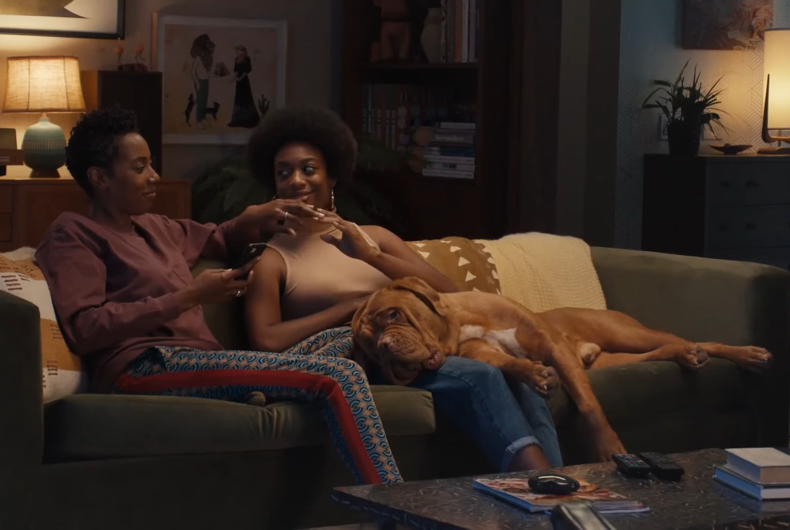 That dog doesn't look worried about their immortal souls at all.Photo: Screenshot

One Million Moms, the astroturf project of the anti-LGBTQ hate group American Family Association, is furious that a new Zillow advertisement shows two Black women sitting on a couch together.

The two temptresses are cuddling on a couch with a sleepy and extremely cute dog that does not appear offended in any way. Even more shocking, they appear to want to buy a house.

In a warning that sounds straight out of softcore, the group breathlessly reports that the spot features “two women playfully and lovingly stroking, caressing, and tickling each other’s hands.”

“This commercial promotes same-sex relationships and the LGBTQ agenda,” the group complains. “One Million Moms continues to stand up for Biblical truth, which is very clear in Romans 1:26-27 about this particular type of sexual perversion.”

That’s the verse about “shameful lusts” and “unnatural sexual relations,” of course. They don’t mention the Golden Rule, of course. Or that part about minding your own business.

“There is concern about the way this advertisement is pushing the LGBTQ agenda, but an even greater concern is that the commercial is airing when children are likely watching television.”

The only ones concerned, of course, is Monica Cole, the woman who runs the faux group. She uses these “warnings” to raise money for the hate group.