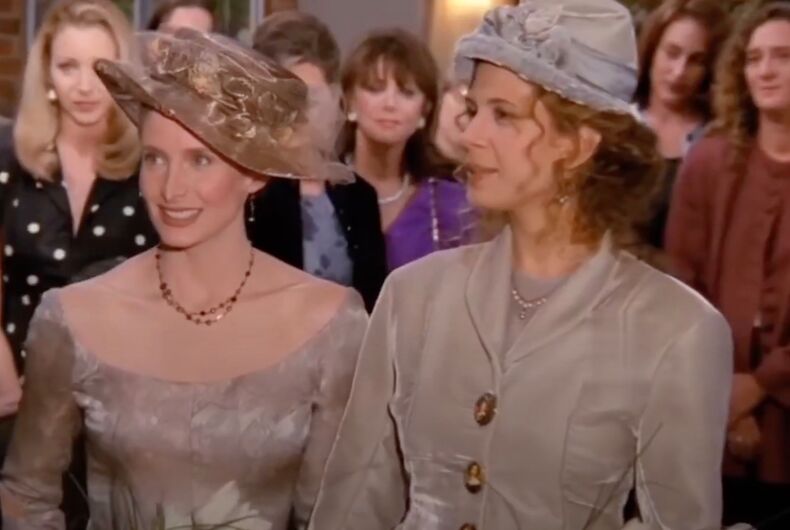 The show has experienced a renaissance in China after the release of the 2021 Friends: The Reunion special, according to CNN.

The series was previously available from 2012 to 2013 on Chinese streaming platforms Sohu and iQiyi. Back then, the show was uncensored.

In 2016, however, the Chinese government issued new guidelines saying TV shows should not air storylines that “exaggerate the dark side of society,” which it said includes homosexuality.

This year, the show has been available on five major platforms to stream since February 11. And now, conversations about the Friends character Ross’s ex-wife Carol, who leaves him for another woman, have been edited out.

And fans are angry. The hashtag, #FriendsCensored was trending on the Chinese social media platform, Weibo, and was viewed more than 54 million times before being removed by the site.

“Mostly they don’t want the women in their own country to be awakened,” wrote one social media user. “They don’t want them to know women can love women. Otherwise who will help the men to carry on the family line.”

Beyond homosexuality, other overt sexual references, such as one comment regarding women’s ability to have multiple orgasms, have also been changed in the subtitles, though the English remains the same, which one user on social media said was an “insult to our English language ability.”

References to strip clubs, being turned on, and sexual performance, have also been altered.

Only the first season is available in China right now, and fans are curious what other storylines will be censored as more seasons are released.

Ross’s ex-wife Carol and her partner, Susan, appear regularly for several seasons, so more cuts may be coming.