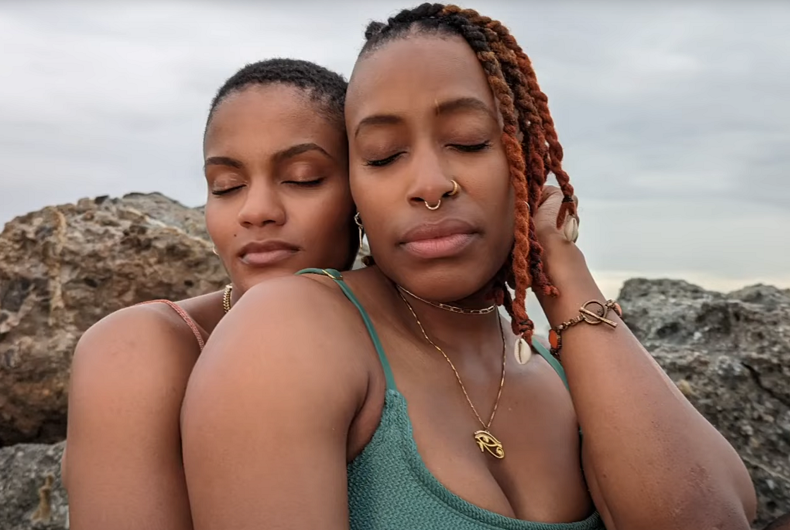 The past few years have been chock-full of LGBTQ-inclusive Super Bowl commercials – from those filled with rainbows and sequins to those that simply feature LGBTQ stars.

This year, however, the queer-centric ads seemed to be lacking. There were only two commercials that featured LGBTQ couples during this year’s Super Bowl, and another that gave a quiet nod to a lesbian identity. Several others featured out stars.

Related: 10 of the best LGBTQ Super Bowl ads to get you ready for this year

Here are five commercials from Super Bowl Sunday that the LGBTQ community can celebrate.

This ad promoting Google’s camera designed to take better photos of darker skin briefly features a lesbian couple. It also shares part of an unreleased Lizzo song, “If You Love Me.”

VRBO’s “A Place for Together”

This commercial, set to Kermit the Frog’s “Right Where I Belong,” also features a lesbian couple as it celebrates a family coming together at a VRBO vacation rental.

This ad for the tax preparation service TurboTax, opens with a women flirtatiously asking another woman, “So you’re a perfect match for a freelancer who just bought a home that’s also her office?”

Pansexual superstar Miley Cyrus belts it out for T-Mobile 5G in this commercial asking viewers to “Do it for the phones.” It also features a brief appearance from Dolly Parton.

This commercial for Taco Bell features bisexual rapper Doja Cat breaking a group of clowns out of clown school and heading straight for Taco Bell.

Dolly Parton celebrating 5G on her own

OK, this one isn’t exactly queer, but who doesn’t love longtime LGBTQ advocate Dolly Parton? In her own ad for T-Mobile’s 5G phones, Parton levels with the audience and says, “When I see a problem, I’m going to fix it.”

This “problem” America has, she says, is not living “for the phones” and celebrating their 5G-ness.