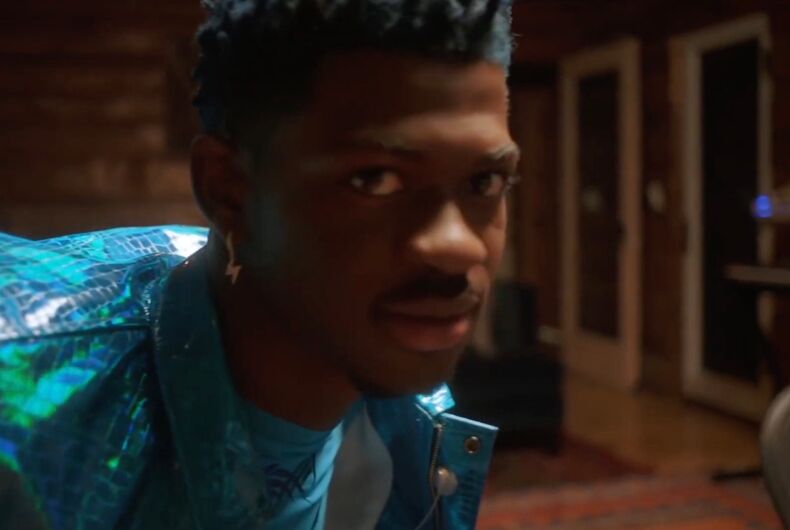 With each passing year, Super Bowl ads seem to be getting a little bit queerer.

The significance of LGBTQ representation in these ads is huge, as it’s a time when millions of viewers are paying attention.

On Sunday, we will see what this year’s commercials have in store, but until then, we are celebrating some of the best LGBTQ ads played during Super Bowls past.

In 2014, Coca-Cola became the first ever advertiser to feature a gay family in a Super Bowl commercial.

The ad, entitled “It’s Beautiful,” celebrated America’s diversity and cultures with images of scenic landscapes from around the country, and the song “America the Beautiful” being sung in a seven different languages.

In a five-second clip within the 1-minute commercial, two male partners and their daughter go roller-skating.

One of the dads spoke out in the behind-the-scenes video saying: “Today I see people asking us to hold hands, people embracing us as a family and respecting us.”

When RuPaul crashed this “drag” of a meeting

This 2000 ad for Webex video conferencing from the height of the dot-com bubble features RuPaul interrupting a boring office meeting.

The workers stare at the ceiling and sleep, while a speaker says it’s now time for “something exciting.”

RuPaul appears out of nowhere and says, “This meeting is a real drag.”

She hones in on the one woman at the meeting and says, “Girl, you could be at home, sipping a latte in your lingerie and still make this meeting.” She winks at a guy in a cowboy-hat, and viewers are left to imagine what cowboy hats have to do with lingerie.

At the end, everyone runs out of the meeting.

The ad recently returned to the public eye when a 2020 ad featuring two drag queens was praised as the first ever Super Bowl ad to do so. RuPaul was quick to post this ad and correct the press.

Complete with rainbows, drag performers, and Nas, himself, out hip hop sensation Lil Nas X appeared in this 2020 commercial for Logitech.

Kim Chi from Rupaul’s Drag Race season 8 and Miz Cracker from season 10 appeared in this bold and colorful ad for Sabra Hummus.

“This is how we ‘mmus'” they declared.

Ellen and Portia’s ode to Alexa

Ellen DeGeneres and her wife Portia de Rossi appeared in this 2020 ad for Alexa.

It starts with a domestic scene involving the famous lesbian couple. Ellen and Portia are getting ready to go out. Portia is putting on her coat and Ellen shouts “Baby!” and Portia responds, “Coming!”

Ellen tells Alexa to turn down the thermostat, and she asks, “What do you think people did before Alexa?”

What follows are several funny scenes of people from different eras – the Old West, Victorian England, the Middle Ages (with a dragon), Richard Nixon in the White House – asking others to do simple tasks for them, things that Alexa can take care of now.

“Yeah, I don’t know what people did before Alexa,” Portia says at the end, before Ellen asks Alexa to play her favorite song.

Clad in a fabulous blue sequin top, Van Ness asks viewers, “Are you tired of pretzels not being Pop Tarts toaster pastries? Are you strugs to snack? Pop Tarts fixed that for you!”

Nas is all over the Super Bowl ads. In this one, he and actor Sam Elliot have a wild west dance off for Doritos to the song that skyrocketed Nas to fame, Old Town Road.

This ad for Microsoft spotlights the story of Katie Sowers, who made history in 2020 as the first woman and first out gay coach in a Super Bowl as the assistant offensive coach to the San Francisco 49ers.

Turbo Tax’s celebration that “All People are Tax People”

This ad featured trans actresses Isis King and Trace Lysette taking part in a ballroom scene as the background singer declares, “all people are tax people.”

In this adorable 2021 ad in which a variety of actors apologize for mistakes by handing out M&Ms, out Schitt’s Creek star Dan Levy speaks directly to the animated candies, themselves, and says, “I promise I won’t eat any more of your friends.

The green M&M is skeptical, though, as Levy has imprisoned the red M&M in his car.

“K, it might happen one more time,” Levy says, smirking.

Dolly Parton’s Dollywood will pay for college for all 11,000 of its employees