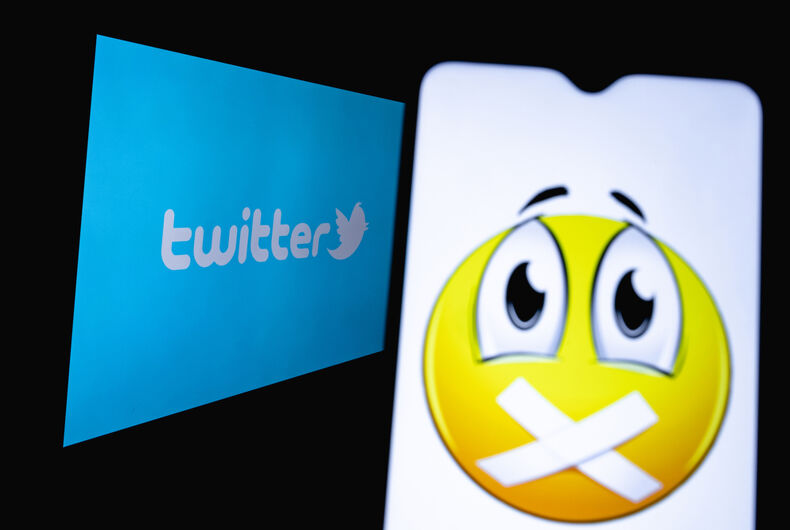 Tap tap tap. You posted a very long thread for your 10,000 followers on Twitter and expected countless engagements as per usual. However, there’s not a single notification from your phone. What could have happened? You trawled the internet and social media for answers and stumbled on a possible issue: the Twitter shadow ban.

Twitter shadow banning (also known as ghost banning or stealth banning) is when your posts, comments, or other types of content are partly or wholly concealed from everyone, without your knowledge. Unlike an official ban, you can still post tweets and whatnot, however, the Twitter ghost ban renders your tweets invisible to your audience.

Officially, Twitter denies shadowbanning. Instead, they claim to have algorithms that rank tweets and search results accordingly. Other tweets of a similar nature might drown your content; hence, they might not be visible immediately. You might also be considered a “bad faith actor” and your tweets will be ranked lower. Some possible factors in categorizing bad faith actors are:

Twitter might deny employing shadowbans, but dozens of anecdotal evidence from Twitter users suggest otherwise. For example, Vice News reported a Twitter shadowban on some prominent members of the US Republican Party because of their political viewpoints. More recently, the findings in this research further back up the existence of a Twitter shadowban.

You might be asking yourself, “Am I shadowbanned on Twitter?”. See below if you are affected by the most common types of shadowbanning:

If your account or tweets do not show in the results, you will likely have a Twitter shadowban.

Another way to check for a Twitter shadowban is through a shadowban checker like this site, which claims to use a series of five tests to determine if you’re shadow banned or not. Just input your username, and it will generate a graph that shows whether you and any of your recent 33 contacts have a Twitter shadowban.

How Do You Fix Your Shadowban?

If you think you have a Twitter shadowban, there are several steps you can take to remove it.

Remove Any Social Activity That Might Be Related To The Shadowban

Since there are no indicators that show you which post or activity caused your shadowban, it is recommended to stop any automated tweets or bots you use to generate traffic. Do not spam people. Look over your past activities and remove any spam links or comments you might have posted. Delete anything in your Twitter that might go against their policies, such as certain tweets with inappropriate content.

Check If You Chose Any Suspicious Interests

Twitter’s algorithm also monitors your interests, so that might be what caused you to get a Twitter shadowban. Check your interests and unfollow those that are suspicious.

You can see your interests on the Twitter website by clicking on the meatballs menu (the three dots below the profile icon) then clicking on “Topics.” You can check your interests via the mobile app by going to “Settings and Privacy” → “Privacy and Safety” → “Content You See” → “Topics.”

A Twitter shadowban usually lasts for 48 to 72 hours. If you find yourself still under a shadowban after three days, contact Twitter to help you remove it. Just inform them of the situation, tell them what you think might have caused the shadowban, and tell them the steps you will take to prevent future issues.

How Do You Avoid Getting Shadowbanned?

Bot-like behavior dramatically increases your chances of being shadowbanned on Twitter. A simple way to prevent this is to make sure to complete your Twitter profile and verify your identity by confirming your email address and uploading a profile image.

Secondly, avoid spamming links and content. If tweeting is part of your digital marketing strategy or ad campaign, it is understandable to want to promote your products. However, it’s wise to exercise some caution because spammy tweets can lead to other members muting or blocking your account which may inflict a Twitter shadowban. Moreover, it’s best to generate your content organically for better engagement and avoid repeatedly posting the same content. Lastly, it would be best if you do not hijack Twitter hashtags for unrelated purposes. Tweet only relevant content.

Another frowned-upon behavior is engaging in follow/unfollow tactics to grow your account. For example, an account with way more following vs followers – unless it is a celebrity or a verified account – is suspicious and can lead to a Twitter shadowbanning. On the other hand, you following hundreds of accounts but with only a handful of followers can also be tagged suspicious.

Stay Away From Online Confrontations

With anonymity and a broad audience on social media networks, especially on Twitter, there’s bound to be some friction between the people in the space. However, if you want to avoid getting a shadowban on Twitter or other social media platforms, it’s best to avoid any confrontational and aggressive language. Do not join in online arguments or troll other users, and do not partake in cyberbullying. Remember, Twitter can ban you based on the reports of multiple accounts.

If you cannot simply avoid replying or commenting, do so in a respectful and gentle tone. The more polite you are, the lesser chances of your account getting a Twitter shadowban. Better yet, engage in healthy conversation with the public.

Getting a Twitter shadowban on your account can be a stressful situation, since you might not even know when or why you got banned. But as long as you do not engage in spam behavior and avoid trolling and confrontations, you should not be at risk for Twitter shadowbans.