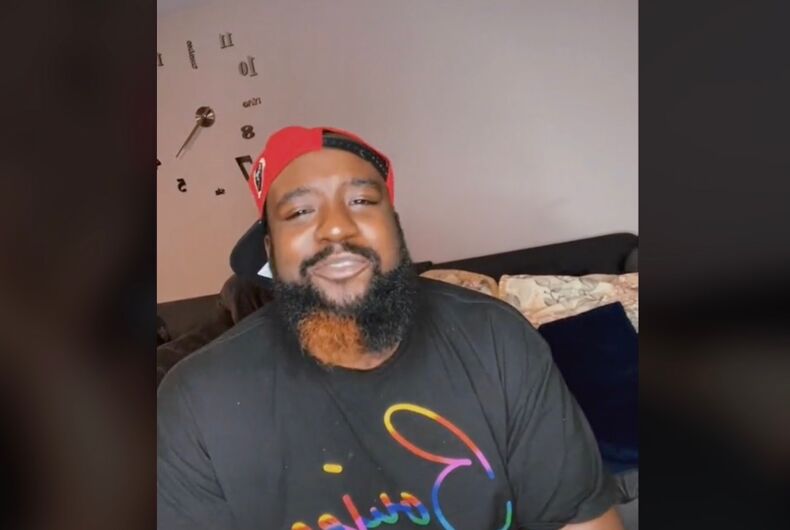 According to police, 28-year-old TikToker Rory Teasley is dead after his boyfriend, 31-year-old Docquen Jovo Watkins, strangled him due to a disagreement over a video game.

The Oakland County, Michigan couple had been together for 10 years.

Related: Queer couple accused of murder goes on the lam after bonding out of jail

It was Watkins who called 911 to report that he and Teasley had been fighting while playing the video game Overwatch. When police arrived, Watkins told them Teasley was asleep on the couch. He was found unconscious and not breathing. He was declared dead at a local hospital.

“We see far too often across the country these days when people resort to violence over trivial and insignificant disagreements,” said Oakland County Sheriff Michael Bouchard. “There is never a reason where violence is acceptable over a disagreement. Those who do so will be held accountable.”

Under the username too2pump4tv, Teasley had over 220,000 followers on TikTok, where he was known for dance and comedy videos. His final video was posted six days ago, where he joked about his disintegrating back as he approached the age of 30.

Teasley’s other videos are all full of joy, featuring him dancing, making jokes, and having fun with friends.

Everything you need to know about neopronouns