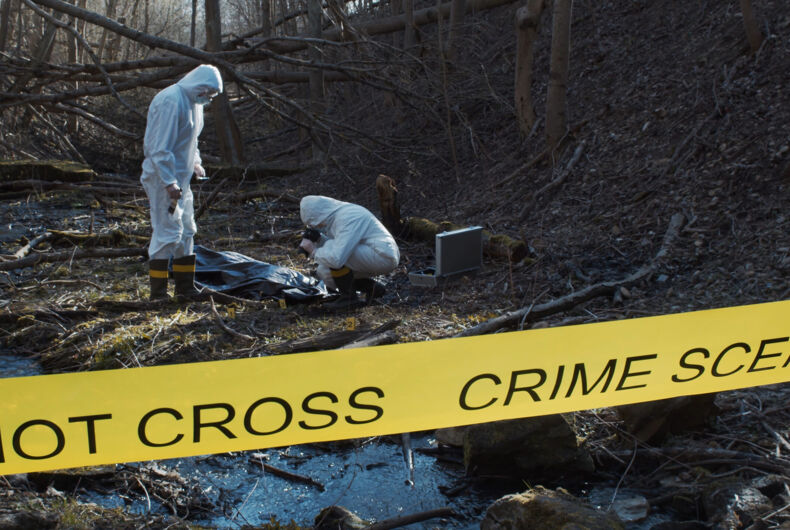 A teen girl and two adult men who are accused of torturing and beating a queer psychiatrist to death “laughed” as they stomped on the victim’s head while he pleaded for his life, a court heard this week.

The alleged assailants shouted anti-gay slurs and one was caught on security camera footage saying, “Yes, I needed that,” at the end of the attack.

“These defendants were indulging in sport,” prosecutor Dafydd Enoch told a court in Cardiff Castle, U.K. yesterday about the July 20, 2021 attack.

The case involves murder charges against Jason Edwards, 25, Lee William Strickland, 36, and a teen girl who can’t be named in the media because she was 16-years-old when the attack occurred. The charges are in connection to the death of psychiatrist Dr. Gary Jenkins, 54, who the defendants allegedly found in a gay cruising area in Bute Park.

Jenkins’s marriage to his ex-wife had just ended and he went to the cruising area to “explore his bisexuality,” according to prosecutors, but then he was attacked by the three defendants who were “motivated by greed, homophobia, and straight-up violence.”

Enoch told the court that the defendants beat Jenkins for a full 15 minutes, laughing, kicking, and beating him.

“They were hurting Dr. Jenkins for the best part of 15 minutes as he lay on the ground,” Enoch said in court. “It was torture pure and simple.”

“He pleads over and over and again until he can speak no more. He then moans and grunts as he’s cruelly beaten and the life is kicked out of him.”

He said that security cameras caught part of the attack, including the teen girl saying “I needed that” as the group walked away, hugging each other. The defendants then allegedly used Jenkins’s debit card to buy alcohol later that night.

“She clearly was no victim. She’s fucking evil. Sadistic.” Louis Williams, a witness, told the court about the teen girl. He said she thought “everything she was doing was just funny.”

“I don’t know why they were hurting him so much.”

Williams said he saw all three of the defendants shouting at the victim and kicking him while they pulled at his bag.

“Take his bag. Get his bag,” he said the girl shouted.

Another man called the police when he heard the shouting coming from the park, saying the shouting sounded “angrier and angrier.” That man said the girl “seemed completely sober” but that he believed the two male defendants were “under the influence of drink or drugs.”

The three left Jenkins in “a humiliating state,” Enoch said, beaten, unconscious, and with his pants pulled down. He was taken to the hospital, where died 16 days later due to brain injuries. Doctors at the hospital also said he had severe facial injuries and broken ribs.

Jenkins’s colleague, psychiatrist Paul Cantrell, told the court that the victim was “extraordinarily unthreatening” and “well-liked” by those in his field. Cantrell said that he was aware that Jenkins was exploring his sexuality after the end of his marriage.

“He was in regular contact with his children and a devoted father to his girls and he would go to London to see them,” he said. “Gary was a very good doctor and very passionate about his job. He was one of those doctors who always went the extra mile for patients.”

He said that he knew that Jenkins would go to Bute Park to find sexual partners. The prosecutor said that that made him an “easy target” for the defendants.

The defendants have already pled guilty to manslaughter, robbery, and assault. Prosecutors believe that they can be found guilty of murder as well.

The trial is expected to last four weeks.