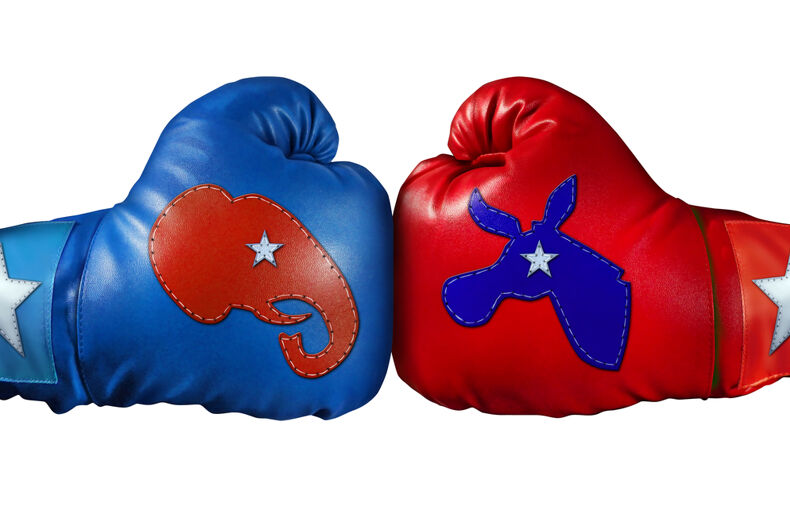 This year’s midterm elections were always going to be an uphill battle for Democrats. But if a recent Gallup poll is any indication, the battle is going to be especially tough. Worse still, the survey results have dire implications for the future of fair elections.

The poll results are about party identification. At the start of 2021, the number of Americans who identify as Democrat or lean Democrat stood at 49 percent, compared to 40 percent for those who identify as or lean Republican. However, by the end of the year, those numbers had dramatically shifted. Now 47 percent of respondents identified with the GOP, compared with 42 percent for Democrats.

Related: Transgender insurrectionist slapped with serious sedition charge. She could go to jail for decades.

As Gallup noted, since it began measuring party identification in 1991, “in most years, significantly more Americans have identified as Democrats or as independents who lean Democratic than as Republicans or Republican leaners.” The shift this year was likely the result of how Americans viewed the departing president at the beginning of the year and the current president at the end of the year.

Donald Trump left office in a blaze of infamy, following his incitement of the Capitol insurrection in January, while Joe Biden held the promise of a more normal presidency. By the end of the year, however, Biden’s popularity had taken a hit from a confluence of events not entirely under his control: supply chain disruptions, inflation, school disruptions, and the Omicron wave.

Midterm elections are often a referendum on the current administration, and with middling polling numbers, things aren’t looking great for Democrats. Voters who were fed up with Trump are still frustrated and are willing to take those frustrations out on whatever party is in office. That’s how Glenn Youngkin won the governorship in Virginia, a state that has generally been a good bet for Democrats in the past decade.

Under normal circumstances, that’s just part of the usual ebb and flow of politics. You win some, you lose some. But the real danger is radical belief taking hold in the Republican party that you win some and you only lose if Democrats cheat.

That’s the 2020 election results writ large, which continues to play out in the party as it revises history. Now a majority of Republicans believe that the presidential election was stolen from Trump, even though that’s a demonstrable lie.

The problem is that there’s every reason to believe that the up-and-coming crop of Republicans following will follow in Trump’s footsteps. That means it won’t just be voter suppression, which has been a GOP tactic for some time now. It will be a case of relying on whatever it takes to hold onto power once Republicans have it.

Trump himself has been transparent about the need to cheat. At a rally in Arizona last Saturday, he said Republicans should do whatever it takes to counter Democrats on the grounds that they cheat too (they don’t).

“I say if it’s good for [Democrats], why aren’t the Republicans doing the same kind of thing with the ballots?” Trump told the cheering crowd.

Most voters aren’t following the minutiae of politics. (Indeed, most voters–and a lot of mainstream reporters–aren’t following Trump at all now that he’s banned from major social media platforms.) What the vast majority of voters are worried about are kitchen table issues, like rising grocery prices and erratic school schedules. Rightly or wrongly, they hold the majority party responsible for them.

But in choosing Republicans, voters may also be choosing to erode the basic tenet of democracy even further. What happens if the next time voters change their minds and decide it is the Republicans they want to kick out? Republican-controlled state legislatures in ten states have turned the final word on election results away from nonpartisan bodies, like the state secretary of state, to partisan bodies or even themselves. In other states, Trump acolytes are running for the secretary of state position so that they can decide who to name the winner of the election, no matter what the voters decide.

The midterm elections are still more than nine months away. A lot can change in the meantime. But unless it does, the erosion of democracy may only continue to accelerate.