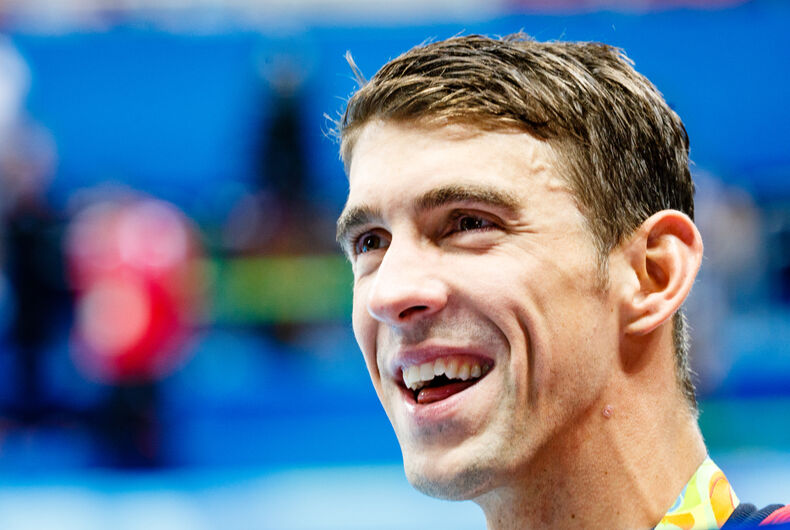 U.S. Olympic swimmer Michael Phelps’s transgender alleged ex-girlfriend is calling him a “hypocrite” for comments he made that implied that transgender women and girls participating in sports are not fair.

Taylor Lianne Chandler clapped back at comments the 23-time Olympic gold medalist made about University of Pennsylvania swimmer Lia Thomas earlier this month.

In an interview with CNN, Phelps, 36, was asked about the 22-year-old swimmer, who has been getting attention in the media for winning some swimming competitions.

“I can talk from the standpoint of doping,” Phelps said. “This leads back to organizing committees again, because it has to be a level playing field.”

No one is accusing Thomas of doping.

“That’s something we all need. Because that’s what sports are,” he continued. “I believe we should all feel comfortable with who we are in our own skin, but I think sports should all be played on an even playing field.”

“He is genetically superior with his 6’7″ wingspan, double-jointed ankles and huge feet,” she explained. “His chemical composition allows him to breathe in and fill his lungs and hold his breath longer.”

“Even he says that he never competed on a level playing field, inferring doping, and they still could not beat him,” Chandler added, saying that Phelps’s comments about doping “hurt the most.”

“That is harsh,” she said. “In that moment of watching and hearing him say those things, it felt like a literal slap in the face.”

“I felt like I was good enough to love, lay with and be with, but not be respected or allowed in the women’s sport of swimming – like I was not a woman, but rather an alien or God-knows-what. It can’t be a woman’s sport if it doesn’t include all women, period.”

She also said that she realized Phelps might have been “caught off guard” by the question, but she still wishes he had said “that he would have said he supports trans youth in sports, especially trans girls.”

Chandler also called out the media for focusing on the limited number of trans women who are winning in sports while ignoring the struggles trans women face more generally.

“People against women in trans sports have like five examples to choose from,” she said. “It’s not like trans women are dominating any sport overall. It is a pocket here and there around the country that the press jumps on to make it seem like it is a world pandemic.”

According to a 2015 interview in The Mirror, Chandler said that she and Phelps met on Tinder. Phelps has never publicly discussed their relationship.

The Ivy League, in which Thomas competes, has stood up for her, saying that she and the University of Pennsylvania have been following NCAA guidelines for transgender student-athletes.

Last year, President Joe Biden signed an executive order saying that Title IX, which bans discrimination on the basis of sex in education, also bans anti-LGBTQ discrimination because it’s impossible to discriminate against LGBTQ people without taking sex into account. Schools that receive federal funds – like the University of Pennsylvania – would be running afoul of federal law if they denied the educational opportunity that is school sports to transgender students.

Reacting to ongoing debate over trans college athlete Lia Thomas competing on the women’s swimming team, “it’s very complicated,” says @MichaelPhelps. “We all should feel comfortable with who we are in our own skin. But I think sports should be played on an even playing field.” pic.twitter.com/brsq7t2vJW

9 inspiring photos to help you transition from female to male

Meet the oldest bisexual in the world