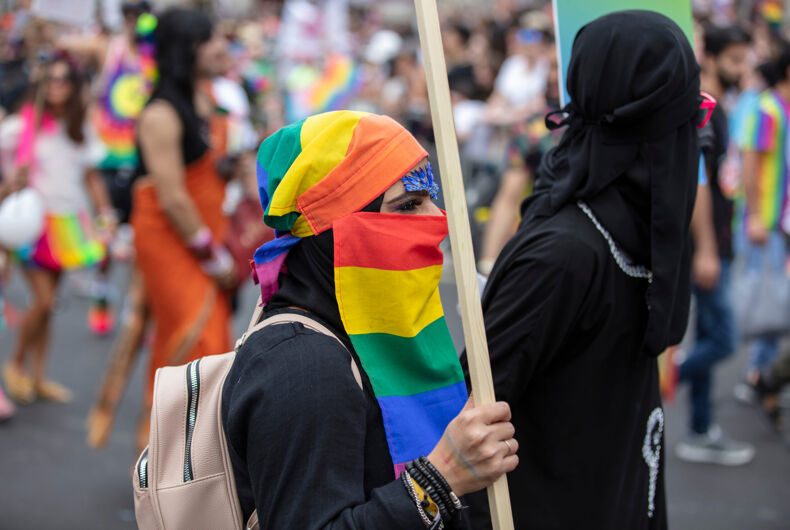 A new report by Human Rights Watch (HRW) has found that life for LGBTQ Afghans has “dramatically worsened” since the Taliban took over in 2021.

When the Taliban took power, a judge promised that LGBTQ people will be prosecuted and executed by stoning or pushing a wall on top of them. Another spokesperson confirmed the Taliban would institute Sharia law, a strict legal system based on the teachings of the Quran.

Based on interviews with 60 LGBTQ Afghans, many of whom were still living in Afghanistan, the report found that LGBTQ people in the country are facing increased instances of threats, violent attacks, and sexual assaults.

The attacks are coming both directly from Taliban members as well as from friends, family members, and partners who have either decided to support the Taliban or feared for their own safety if they did not betray their LGBTQ loved one.

While LGBTQ identities were already criminalized in the country before the Taliban took over, those who participated in the HRW report say circumstances have gotten much worse.

“Things were always rough,” Heather Barr, associate director of the women’s rights division at HRW, told The Guardian. “But people had found ways to survive and build community and support each other, and they had hope that things were gradually improving. On 15 August, all of that ended.”

20-year-old Ramiz told HRW he was viciously beaten and gang raped for an excruciating eight hours by several Taliban members after one of them captured him and called him an anti-LGBTQ slur.

The men then threatened that “anytime we want to be able to find you, we will.” Ramiz went into hiding as Taliban members occupied his home for three days.

Brushna Y.’s uncle and cousins had long felt she should be killed for having a same-sex partner, but after they joined the Taliban, those threats became more real.

They began telling her father that if he didn’t kill her, they would. Her parents then forced her into marrying a man and fleeing the country, but her cousin found the couple and told Brushna’s husband she was a lesbian. Now he abuses her and won’t let her leave the house.

LGBTQ Afghans have had no choice but to live daily with unconscionable risk or else rely on foreign governments to help them flee. According to HRW, though, not many LGBTQ Afghans have made it to a safe country.

Activists in the U.S. have urged others to donate and volunteer with groups like OutRight Action International, Immigration Equality, ILGA World and Human Rights Campaign Global. These groups have long histories of specifically working with LGBTQ individuals living in dangerous regimes.