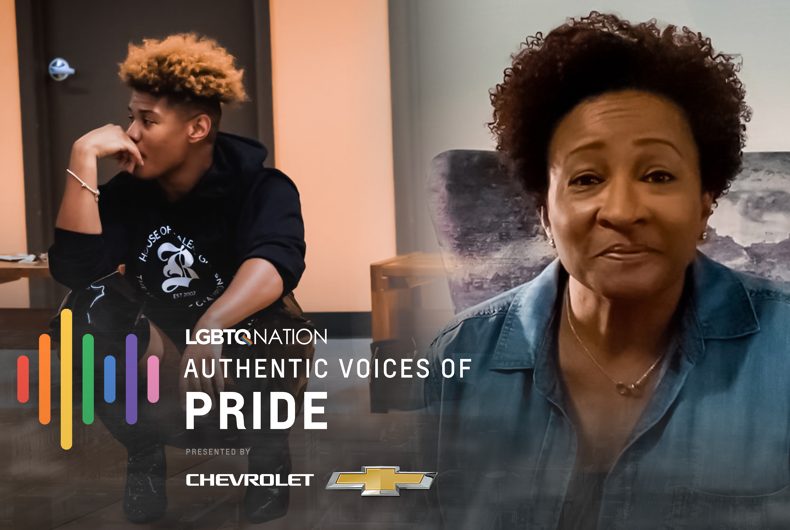 LGBTQ Nation has been nominated for a GLAAD Media Award in the “Outstanding Online Journalism – Video or Multimedia” category. Other nominees in the category include ESPN, VICE News, and PBS.

“For Ruth Ellis Center Staff, Helping LGBTQ Homeless Youth is Personal” a video story by Scott Gatz, John Halbach, Maria Tridas, and Emily Geraghty was given the honor. The piece is narrated and hosted by actress Wanda Sykes.

“Media can create positive change and this year’s nominees represent powerful projects, stories, and creators that positively shifted culture and enlightened audiences with new and impactful LGBTQ stories,” said GLAAD President & CEO Sarah Kate Ellis. “There are more nominees this year than ever before, highlighting a growing landscape of LGBTQ visibility, and serving as a reminder to the critical role that film, television, music, journalism, and other forms of media can play in growing LGBTQ acceptance in the face of ongoing attacks against our community.”

“I’m consistently in awe of the quality journalism produced by our team at LGBTQ Nation. Each day they cover the issues affecting our community and amplify the voices that we all need to hear,” Scott Gatz, CEO of Q.Digital, the parent company of LGBTQ Nation. “I’m thankful to GLAAD for recognizing their work and specifically shining a light on LGBTQ Nation’s series exploring youth homelessness.”

But while LGBTQ Nation battles it out with more mainstream media outlets, queer media is well represented among the 30 categories.

OutSports earned special recognition for their incredible coverage of the Tokyo 2020 Olympics and Paralympics. The site’s reporting was relied on by both mainstream and community media throughout the games.

Jeopardy! champion Amy Schneider was also recognized with a special tribute since there isn’t a category that would include a game show contestant, but the transgender woman has become an inspiration for the country as her winning streak continues.

Transgender insurrectionist slapped with serious sedition charge. She could go to jail for decades.