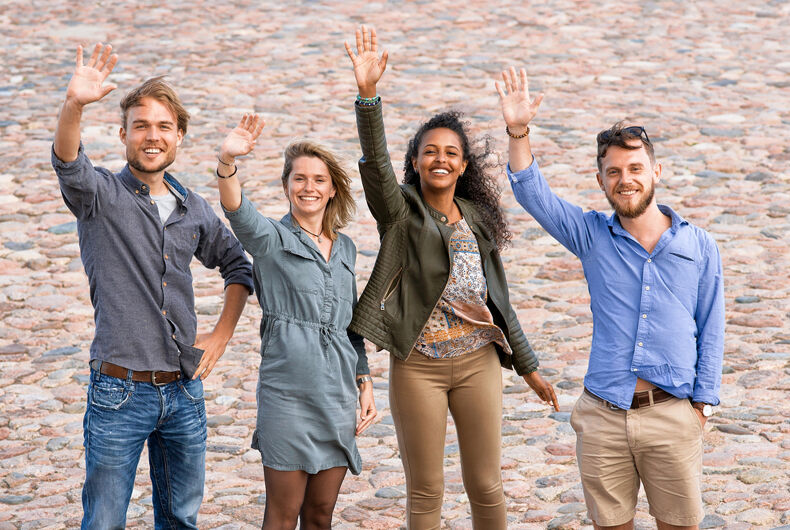 A Florida state senator said what we’ve all been thinking. She spelled out an obvious option for homophobic parents: go somewhere else.

As Republicans nationwide target libraries and school boards with demands to remove books that contain LGBTQ topics, a new bill being debated in the Sunshine State would allow parents to challenge the books as unfit for all children based on the parents’ personal religious beliefs.

Related: A pink unicorn has joined the snow patrol in Ohio & no one knows who it is

The bill would require schools to establish a review process for instructional material that can be vetted by parents and require superintendents to certify to the state that all content conforms to state standards. The proposed law would allow parents to object to any material and includes multiple levels of potential appeal from the school principal up to the state Board of Education.

“You have a choice. If you don’t like what you see in the schools… then don’t go. Then homeschool your kid,” state Sen. Tina Polsky (D) said during a hearing in the Senate Education Committee. “If you want them insulated so much that they shouldn’t learn about the outside world, you can homeschool or you can send them to a religious private school with voucher money. We have made that immensely available.”

That didn’t stop the radical right from denouncing books not found in libraries and denigrating LGBTQ people as residents stepped up to testify before the committee.

“I’m not going to speak about the politics of this because all of that is going to go out the window eventually,” state Sen. Shevrin Jones (D), the committee co-chair, said as the meeting opened. “My ask is that, as you all speak, just realize there are individuals who hear you and might be in the shoe of someone that your words are hurtful towards.”

Jones is the first out gay man to be elected to the state senate.

“It’s not me because I’ll be fine,” he added. “I’m a grown man and can take care of myself and my colleagues love me and such but I want to just put it out there to you all that as you go and you advocate—please do advocate for your children, I support that—but be careful in how you advocate to make sure you’re not harming anyone.”

“As a gay man, to sit here in committee, to hear that, there was no book that I read that brought me to who I am,” he said. “And even your children. I don’t care what you may try to do to think that you are protecting them. The one thing you are obligated to do, like my mother and my father did, is to love them for who they are.”

Children would be more damaged from the accusations and ugly insults they would have heard slung around the chamber than anything they could possibly read in a book, Jones said.

Last week HB 1557 – known formally as the Parental Rights in Education Bill and informally as the “Don’t Say Gay” bill – was approved by the House Education & Employment Committee and would make it illegal for kindergarten through fifth grade teachers to discuss anything related to LGBTQ identities in the classroom.

This means students not only couldn’t learn about LGBTQ history and diverse families, but they’d be prohibited from speaking about their own parents and families that may include LGBTQ people.

Proposed by Republican state Rep. Joe Harding, the bill would also give parents the right to sue their children’s schools if a teacher talks about LGBTQ people or even “encourages classroom discussion” of LGBTQ people or issues.

The bitter satisfaction of judging the COVID queens