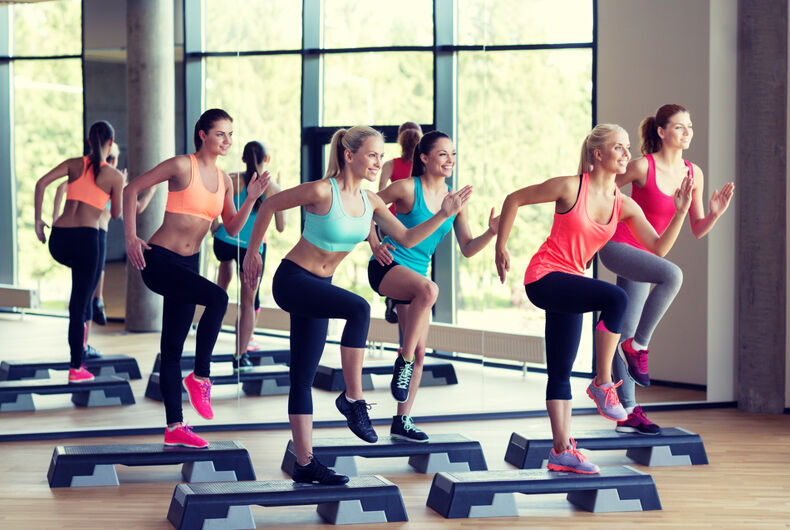 LGBTQ advocates are applauding a ruling by the Connecticut Supreme Court that says gyms with women-only exercise areas are in violation of state anti-discrimination laws.

The unanimous decision overturned a ruling from a lower court after two men filed complaints about the women-only areas at Stratford’s Edge Fitness Club and Bloomfield’s Club Fitness.

Related: Lesbian sues the military after she was told to wear makeup & grow long hair

The gyms argued that there is an implied exemption to state anti-discrimination law for gender privacy that allows them to keep certain areas women-only. They said that gyms, unlike other businesses, are male-dominated and need spaces just for women.

LGBTQ advocates involved in the case argued that gender-specific spaces could unintentionally lead to discrimination against LGBTQ people by created a new legal exemption to anti-discrimination law for gender privacy, whereas religious groups argued that women whose religions prevented them from exercising in front of men needed the space to do so.

Other arguments included giving women the right to a workout space that shields them from male harassment.

GLBTQ Legal Advocates and Defenders (GLAD), argued in a friend-of-the-court brief that the risk of discrimination posed by women-only workout spaces outweigh any benefits.

“Regardless of the sincerity and extent of that discomfort [women may feel in front of men], a fitness facility is a setting in which fully clothed people exercise or stand around in a group. With that context properly understood, social discomfort or customer preference are never acceptable as justifications for discrimination.”

Social discomfort, the brief continued, has “long been used to justify the separation and exclusion of women from male-dominated spaces.”

The ACLU of Connecticut argued as well against creating an exemption for gender privacy, saying weakening anti-discrimination laws isn’t the solution to harassment.

“The gym operator has to do its level best to stop discrimination in the form of harassment,” said Dan Barrett of the ACLU of Connecticut. “It can’t just say ‘Oh, well the solution is we’re going to make a workout space for the people who are being harassed.’”

The court agreed with the side that GLAD and the ACLU argued on.

“A reading of [the anti-discrimination law] to imply a gender privacy exception, although presumably to benefit women, could also negatively affect the rights of women in a different way,” wrote Chief Justice Richard Robinson in the decision.

“Such an exception could be invoked to exclude women based on the privacy interests of men and could justify discrimination against transgender individuals because some customers, ‘due to modesty, find it uncomfortable’ to be around such people.”

“Connecticut has long been a leader on full and fair inclusion of LGBTQ people in all areas of life,” Levi said. “Today’s ruling re-affirms that commitment, and ensures the state’s nondiscrimination law continues to work as intended for all those it was enacted to protect.”

The ACLU of Connecticut agreed.

“The gym operator has to do its level best to stop discrimination in the form of harassment,” Dan Barrett, legal director of the ACLU of Connecticut, told the Associated Press. “It can’t just say ‘Oh, well the solution is we’re going to make a workout space for the people who are being harassed.’”

Club Fitness lawyer Mario Borelli said there has not yet been a decision on whether they will appeal the ruling to a federal court.

The bitter satisfaction of judging the COVID queens