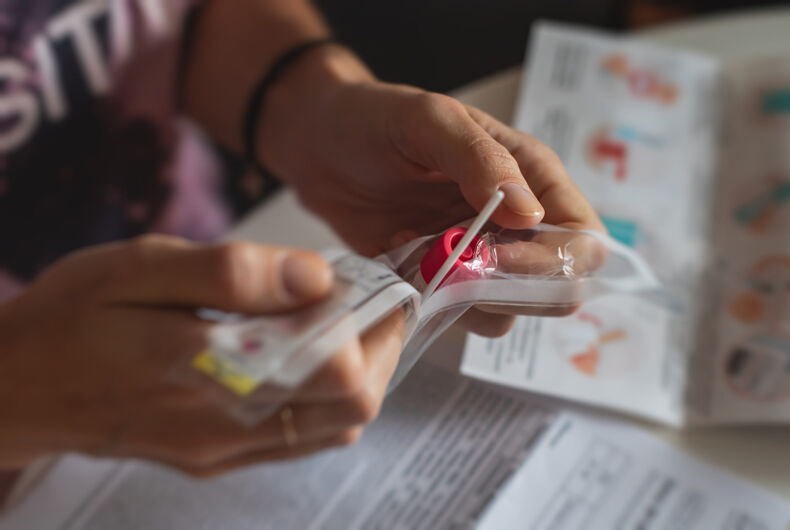 Senate Bill 306, also called the STD Coverage and Care Act, was authored by Sen. Dr. Richard Pan (D) and co-authored by out Sen. Scott Wiener (D). It passed both chambers of the California Assembly in September and was signed into law by Gov. Gavin Newsom (D) in October.

It made several health care updates to California’s codes, specifically related to changes lawmakers felt necessary in light of the COVID-19 pandemic, including finding ways to address the rising STI rates in California.

“STI rates across the country have reached crisis levels and it has become worse as an antibiotic-resistant strain of gonorrhea spread across the country,” Dr. Pan, a pediatrician, said in an October statement. “SB 306 is an essential public health measure, and I am proud to have partnered with such a strong coalition of community health organizations to strengthen public health and expand access to STI diagnosis and treatment in California.”

Currently, according to Kaiser Health News, residents in Alabama and the District of Columbia can request free STI test kits from public health departments, but insurances are not legally obligated to cover the cost.

Additionally, Iwantthekit.org, a project of Johns Hopkins University, offers free kits to residents of Maryland and Alaska, and The National Coalition of STD Directors (NCSD) offers free kits in partnership with health departments in Philadelphia, Pennsylvania and Navajo County, Arizona, in addition to Iowa, Virginia, Indiana, and Puerto Rico.

“This is the first law of its kind, and I’d say it’s kind of cutting-edge,” Stephanie Arnold Pang, the NCSD’s senior director of policy and government relations said “We want to bring down every single barrier for someone to get STI testing, and out-of-pocket cost is a huge factor.”

In addition to requiring coverage of costs for at-home test kits, the new legislation calls for increasing the number of health care providers that can offer STI tests and promoting expedited partner therapy so partners of patients regularly testing for STIs can also access testing. Syphilis screenings will be required in the first and third trimester pregnancy screenings.

While the law has already  gone into effect, the state’s Medicaid program is still in the process of amending its billing procedures to accommodate the changes, and most self-administered tests have yet to receive approval by federal regulators. Still, private state-funded insurance companies have begun to apply the changes and at-home tests could be widely available to Californians within a year.

A separate law, Assembly Bill 489, requires any adult patient receiving primary care service at a California medical facility to be offered a test screening them for hepatitis B and C. Newsom also signed it into law in October, and it took effect on January 1.

A.B. 489 was authored by out Assemblymember Evan Low (D) and Assemblymember Mike Gipson (D), and sponsored by Dr. Pan in the Senate. It passed the Assembly and Senate in the last week of August.

Is Ruben Gallego the perfect challenger to send Kyrsten Sinema packing from the Senate?