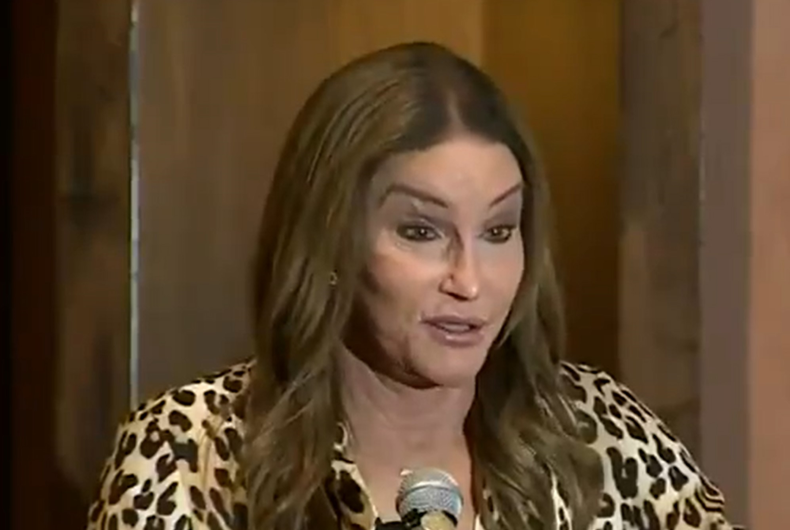 Former Donald Trump campaign staffer Brad Parscale tweeted about two transgender student athletes competing against one another and referred to them as “an unqualified man losing to another unqualified man.”

“Biological boys have no business in female sports,” he wrote. 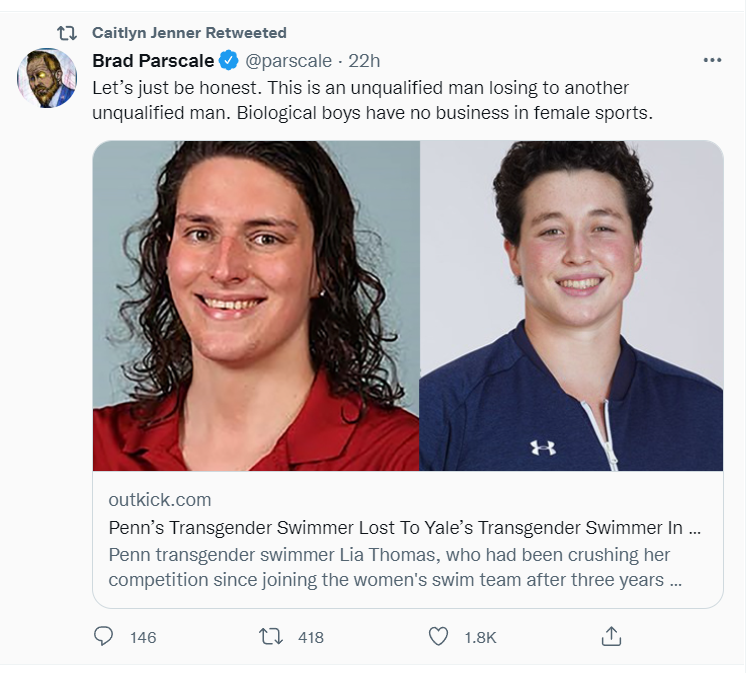 This isn’t the first time that Jenner has joined in attacks on transgender student athletes. The first position that she took on a policy issue when she ran for governor last year was opposition to transgender girls participating in school sports.

“This is an issue of fairness,” Jenner told a TMZ reporter at the time. “This is why I oppose biological boys who are trans competing in girls’ sports in school. It just isn’t fair. And we have to protect girls’ sports in our schools.”

Later, she would refine her position and ask for a “commission” to determine who is “truly trans” and whether they can play on a school team or not.

“What I would do as governor, I would put together a commission,” she said on Fox News last May. “And trans women, who are truly trans, who at a very young age, you know, started proper medical treatment, they’ve grown up as girls, of course, they should be able to compete in girls’ sports.”

Jenner is perhaps the best-known transgender athlete in the country, and she has been the recipient of criticism for playing golf in a women’s tournament. In 2016, she competed in the women’s Pro-Am ANA Inspiration golf tournament in Rancho Mirage, California.

Jenner has claimed on several occasions that the reason she has a bad relationship with the larger LGBTQ community is that Ellen DeGeneres asked her about marriage equality in 2015.

Anti-vaxxers are taking meds for trans women that suppress testosterone. They say it fights COVID.