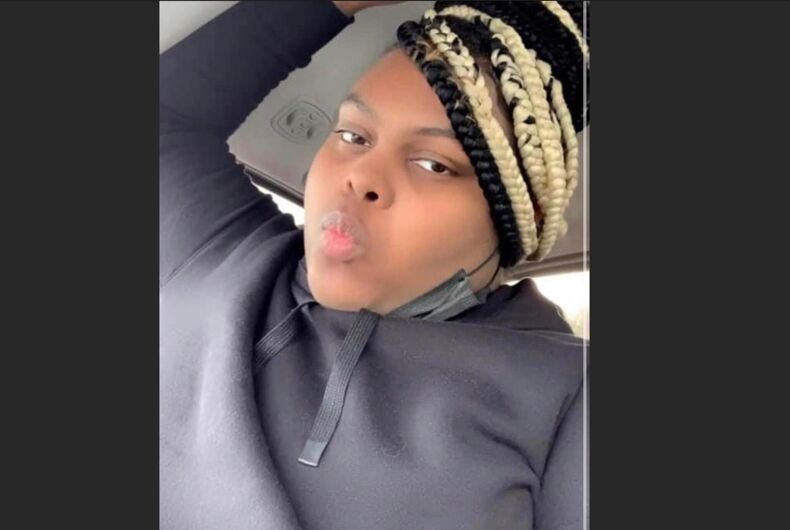 21-year-old Black trans woman Amarey Lej was found shot to death in the Wilkinsburg borough of Pittsburgh on the morning of January 1. Hers is the first reported murder of a trans person in 2022.

Lej, who also went by Myara, was found lying in the street at approximately 6 a.m., the Pittsburgh City Paper reports.  Police are reportedly still investigating the crime.

Related: Trans woman dies form injuries after trying to break up a fight at a nightclub

A statement from local trans community center SisTers PGH called Lej – a former student of the Woodland Hills School District – “a bright woman” and addressed the continued dangers trans people face in the region, as at least five other trans people have been killed in the Pittsburgh area over the last year.

The statement said it “should not be overlooked” that the first murder of a trans person in the country this year took place in Pittsburgh.

“Unfortunately, many trans women of color already know that this city, as well as the greater southwestern Pennsylvania area, is not safe for us. Amarey was not the first, but it is up to every one of us to fight like hell to make sure she is the last.”

2021 was the deadliest year on record for the trans community. At least 50 trans and gender non-conforming people were murdered in the United States last year, according to the Human Rights Campaign.

“This is our time, as trans people and activists, to gather and engage in conversations regarding safety and policy,” said SisTers PGH. “It is our time to demand not only justice for Amarey, but for all of us. Our loves are on the line, and we deserve not just survival, but peace and JOY.”