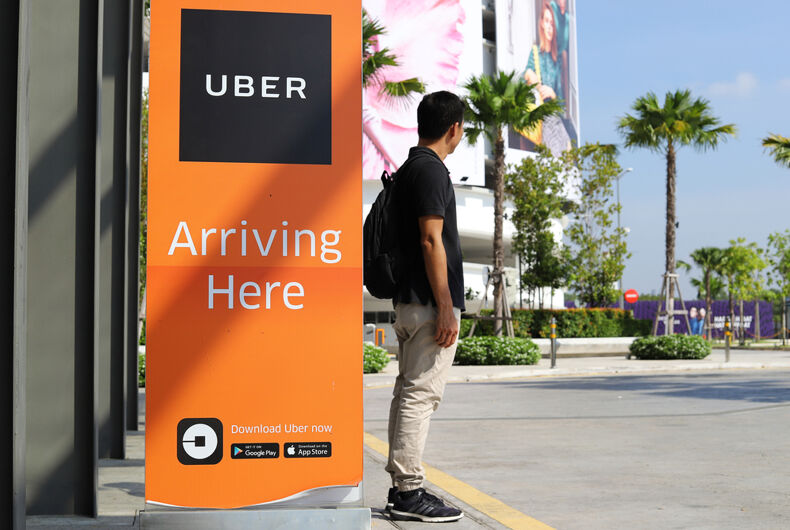 Uber is under fire from five transgender employees who say that, despite the company’s assurances it would help them to update necessary documents with the service, their accounts were shut off.

They claim that Uber blocked them from working and told them that the documents they were trying to get updated were “fraudulent.”

While GrubHub and Lyft have had policies to help transgender workers for years, Uber is late to the game. Still, a spokesperson insisted it was working to ensure that its “background check process runs as expected for transgender and non-binary users.”

An investigation by the LA Times turned up multiple instances of trans people who have been adversely affected by the company’s botched policy. One driver had worked for the service for over a year when she submitted a form through the company’s website using the help page entitled, “I am transgender and need account help.” Uber deactivated her account and said she had submitted a fake picture.

A transgender man also reported that he was banned from the platform until the ACLU stepped in. His account was reactivated the same day.

Uber says it recognizes “for transgender and non-binary drivers and delivery people, the name and photo on their ID does not always reflect their true identity” and that it is working to “better serve all users.”

“On occasion, requests can be misrouted and result in a regrettable customer experience which we are working to address,” the spokesperson added.

“We’ve worked to train Uber staff to handle all requests with compassion, empathy, and respect. We regret the confusion and pain that is caused when we don’t meet that standard.”