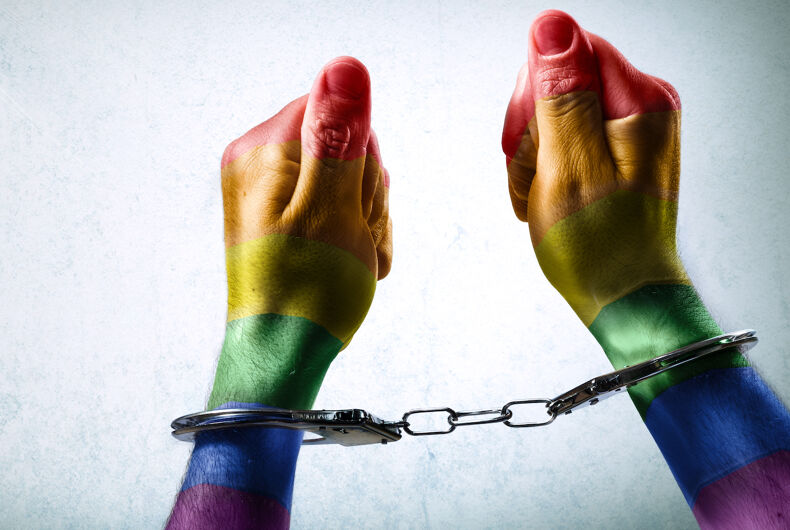 A man publicly identified as “John Doe” is suing South Carolina for requiring him to register as a sex offender after his 2001 sodomy arrest for having consensual sex with another man. His case is just the latest example of how anti-sodomy laws continue to harm queer people.

The U.S. Supreme Court declared all sodomy laws as unconstitutional in 2003 in the case of Lawrence v. Texas. However, South Carolina, Mississippi and Idaho all require people who were convicted of sodomy before then to register as sex offenders, even if they move to another of those three states.

Doe’s lawsuit, filed on December 22, says that the requirement violates his Fourteenth Amendment constitutional rights to due process and equal protection under the law.

Registering as a sex offender has harmed Doe’s life, he said. The registry is public and requires a person to “report to the sheriff’s office twice a year and provide detailed information about his residence, his employment status, and every online account he has, in addition to copies of his fingerprints and palm prints,” Metro Weekly reported.

At least 18 other individuals have also been impacted by the law, his suit claims. He wants his name removed from the registry and for others affected by the law to no longer have to register as sex offenders.

The statutes of Kansas, Kentucky and Texas are explicitly aimed at same-sex couples. The laws continue to be cited by police in justifications for sex raids against people having sex outdoors or in private businesses.

Historically, the laws have been used to persecute LGBTQ individuals, subjecting them to intrusion, punishment and public humiliation just for the “crime” of having same-sex relations.

Such laws have also been cited in courts as a pre-text to denying LGBTQ parents custody of children, firing them and denying them jobs as well as discrediting queer voices.

The American Civil Liberties Union has been working to repeal the remaining anti-sodomy laws. The group is also helping represent Doe in court. But repealing the laws has been difficult, as few politicians want to go on record for helping repeal a “sex crime” law, no matter how bigoted or archaic.

Trans icon Gavin Grimm is at risk of homelessness. His community is rallying to help.