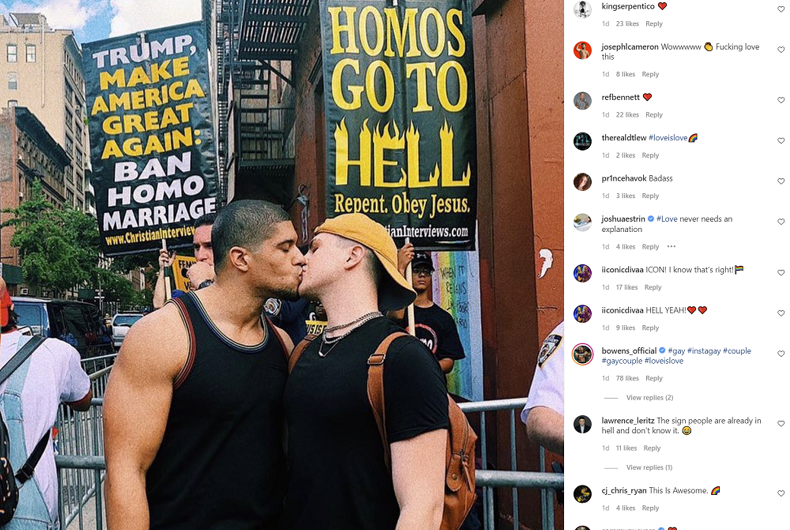 An out professional wrestler had the best response to extreme anti-LGBTQ protestors: kiss a boy in front of them.

In the picture, Bowens kissed his boyfriend, Michael Pavano, in front of the protestors.

“#Standup against hate,” he wrote in the caption.

His fans were supportive, commenting “Love never needs an explanation” and “The sign people are already in hell and don’t know it.”

Bowens came out in 2017 as bisexual and in 2019 as gay. He and Pavano have a YouTube channel together.

“I’ve loved pro wrestling ever since I was 5 years old and I didn’t want my experience ruined because of other wrestlers thinking I got into it for the wrong (sexual) reasons,” Bowens wrote when he first came out. “The ring is my sanctuary, where nothing else matters. I couldn’t bear to think that if I came out, I’d spend most of my time worrying if the person I was wrestling was uncomfortable and didn’t want to work with me.”

Christian groups won the right to discriminate. Now the state of Iowa must pay millions.