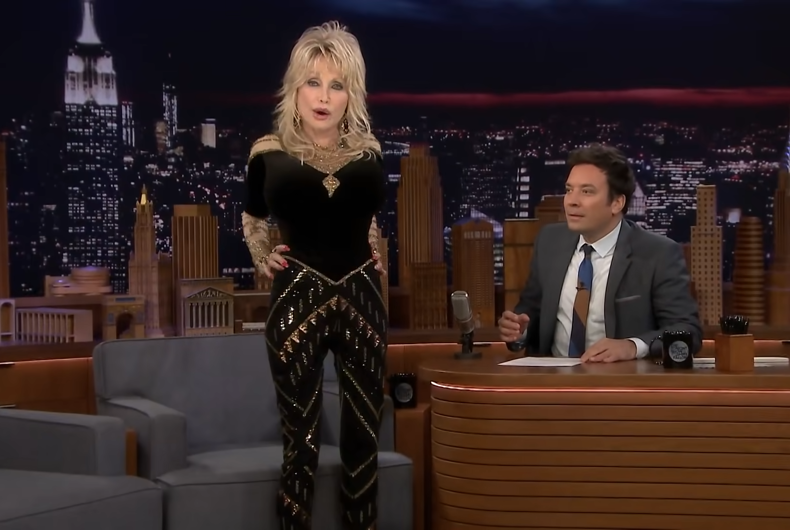 Dolly Parton on the Tonight Show with Jimmy FallonPhoto: Screenshot

Country music star Dolly Parton’s voice propelled her career, but her famously large breasts didn’t hurt. Parton fought her way to the top in a time when female artists were demeaned, sexually harassed, and taken for granted.

While she’s a mega-wealthy celebrity and philanthropist now, Parton grew up poor in the mountains of rural Tennessee. On an appearance on The Tonight Show with Jimmy Fallon, Parton talked about her early years in the industry, her personal scent, and how her breasts grew so big.

“Have you ever met anyone who doesn’t love Dolly Parton? I never have,” Cyrus wrote about Parton in the TIME 100 list. “Dolly is not only my idol because of her incomparable career—she’s also my role model because of her steadfast morals and values.”

Cyrus wrote that Parton “has diligently celebrated the queer community” as one of the admirable things that have made her an icon. “People look to Dolly for guidance, and she knows that. She wears that responsibility with the same grace and pride she rocks a two-piece Nudie suit,” she added.

She also helped to fund the research into COVID and coronavirus vaccines.

Even as a child, Parton was a local celebrity, appearing on the radio and television “before we even owned one,” she told Fallon. She also told him about her falling out with country legend Porter Wagner and how it related to one of her biggest hits, “I Will Always Love You.”

And if being invited to sniff the star to judge her personal scent wasn’t enough, the titillating treasure told Fallon the story everyone wanted to hear: How did Dolly Parton’s breasts get so big?