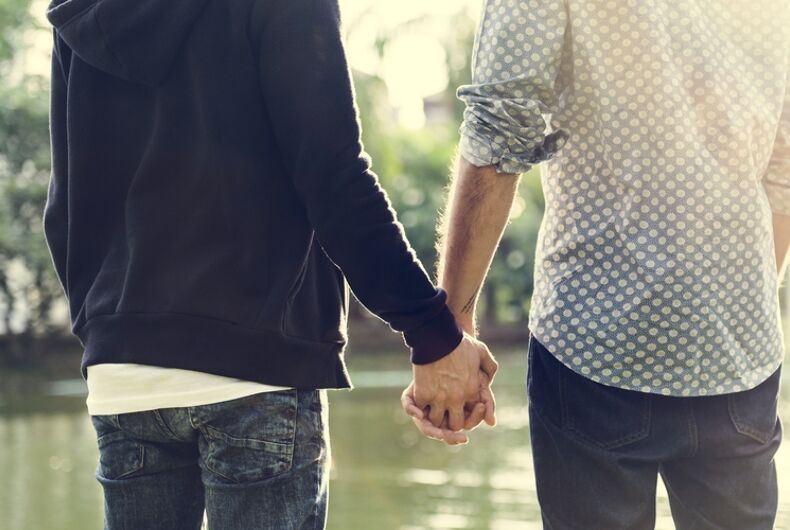 France’s legislature passed a sweeping ban on conversion therapy yesterday, as lawmakers from both houses of Parliament agreed to wording for the law and voted in favor of it on Tuesday.

The National Assembly – the lower house – unanimously voted for the law in October. The French senate voted 305 to 28 in favor of the ban on December 7. Both houses passed the compromise language on Tuesday. The law now has to be officially promulgated by President Emmanuel Macron before it goes into effect.

The bill bans all “practices, behaviors, and repeated statements with the intent of modifying or repressing a person’s real or perceived sexual orientation or gender identity, and having the effect of a material alteration to their mental or physical health.”

“Being oneself isn’t a crime,” said Minister for Equality between Women and Men Elisabeth Moreno. “No, homosexuality and trans identity aren’t sicknesses that can be cured. No, there is nothing to cure.”

“I’m happy because this law addresses the practice and calls it a crime,” said Sen. Dominique Vérien (Centrist Union).

Sen. Bruno Retailleau of the rightwing Movement for France (MPF) party said in a statement that conversion therapy is “already punishable under the law” and that he voted against the ban because “laws aren’t supposed to satisfy ideological positions.”

Benoît, a gay man interviewed by the French LGBTQ publication TETU last year, said that his Catholic parents sent him to seminaries to try to turn him straight from when he was 15 to when he was 18-years-old.

“Homosexuality is a demon,” he said a pastor told him. The 30-year-old filmmaker said that he still feels afraid because of the exorcisms practiced on him.

“It’s going to follow me for the rest of my life,” Benoît said.

The Parliament heard testimony from others who talked about the psychological as well as the physical torture involved in conversion therapy. They said they went through interrogations about their sexual thoughts, workshops, exorcisms, and even electroshock therapy.

Homosexuality was removed from the list of psychiatric disorders recognized in France in 1981. “Gender identity disorders” was removed in 2010.