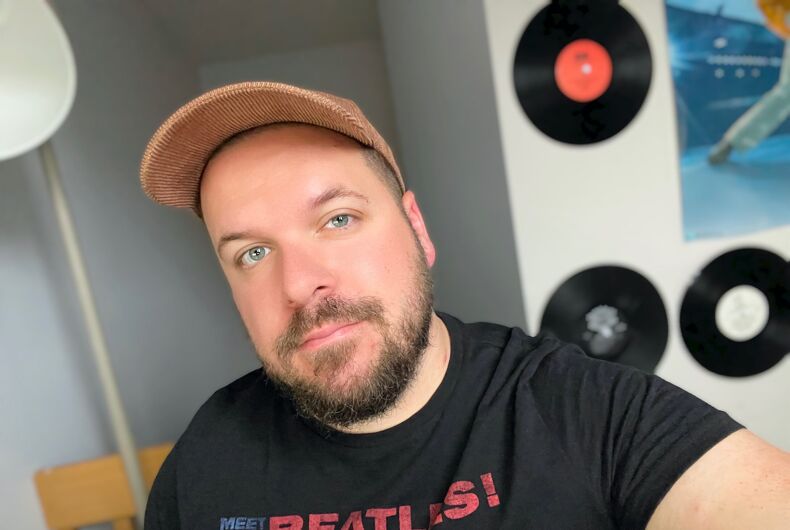 Many LGBTQ people come out in their teens or early twenties. Especially with society becoming more open and accepting, it’s not uncommon for school children to come out without fear or to start exploring their sexuality and gender at a young age. However, that isn’t the case for everyone.

Some people don’t feel able to come out until their thirties, for various reasons. However, there can still be a life of joy and fulfillment ahead after coming out at that age. Read these stories of people who came out post-30 and feel more liberated than ever.

Related: Mrs. Claus was the face of feminism in the 19th century. She didn’t need a man to get the work done.

Roch came out in 2017, at the age of 32. He was in a relationship with a woman and is the father of a daughter who is now almost nine-years-old. His atypical coming out was a source of shame for a long time since many people in the LGBTQ community come out in their teens or early twenties. However, he’s come to understand that there is no manual on the perfect coming out, or even the ideal age to do it. What matters is that you do it when you’re ready.

“It took me 16 years to stop lying to myself and to live as my true self. I’m proud to have come out in my thirties. Unlike before, I use any platform to explain my journey and to show that there is no age to come out. And if I can help even one person, that’s already a victory for me,” Roch said.

“I’ve often joked that I’m a very good actor, because I played the straight guy for 16 years! In my late teens, I was questioning myself, but I was so afraid of the reaction of my loved ones, family, friends, society in general, that I preferred to conform than to express myself. Having experienced many stories of bullying, I didn’t want to prove all those who called me names right. So, I kept it all inside and was constantly watching my leg position, tone of voice, poses… it was exhausting.”

Roch says he always had a fear of expressing himself since he looks very “masculine” and has a deep voice. He was very attracted to men and his only escape was pornography.

He came to terms with being gay in 2016 when his father died of bone cancer. Roch questioned everything in order to find himself, and one of the things he had to do was to stop lying to himself and accept himself. So, during the winter of 2017, he said the words “I’m gay” to his brother, sister-in-law, best friend, and one of the friends at work for the first time.

“It was a liberation, and I have long regretted not having done it before. This is my journey and I am at peace with it. 2017 was a series of small coming outs afterward. To my friends, at work, on the internet, as I’ve always had a fairly public life on Twitter in particular. I don’t look at my manners anymore, my poses, my legs, my wrists, my voice. I’m exploring my feminine side with nail polish in particular. I have even bought some eyeliners,” he said.

A year later, Roch has a new job and has been involved in LGBTQ employee groups and feels it’s super important for him to talk about what he’s been through. He’s learned a lot about himself over the last few years, and also about his community. Unfortunately, he hasn’t found everyone to be as open as he expected, but he acknowledges that attitudes are changing.

“Being a father, I often find myself in a minority of a minority, but I live with that very well. I wish I had known that I was not the only one in this situation, and that’s why representation matters. You have to talk about it and be visible to help others. My message to all those who have not yet come out is we will wait for you. Take your time.”

“I think I always knew I was queer, but I just didn’t have a name or a word to put to it until I was much older. Then, as I got older and started to better understand my sexuality, I felt unable to come out due to the homophobia so present in my school. So, I didn’t come out until I was at university. I was never worried about what my parents would think, just what my friends would think,” she shared.

Even though they had come out, Em still didn’t feel like that was fully them. Despite being sure of her sexuality, there was a part of their identity that still felt unexplored.

Em supposes coming out became easier once they hit 30, and the pandemic eased the anxiety they had, as they didn’t feel as tied down by the judgments of other people. She felt comfortable in herself for the first time, and her position in life gave her the confidence to come out as genderfluid.

“When I came out a second time, I felt relieved. At first, I was questioning whether I was ‘queer enough.’ However, as time has gone on, I’ve grown to feel happy with how I identify, and I’m glad I came out again.”

Em now feels free, and like they are able to be themselves without other people’s opinions holding them back.

“I realized I wasn’t straight in my early 20s. I had an experience with a friend from university one random night, and I think that triggered what was to come. It wasn’t until I moved from Canada to London in my late twenties that I felt comfortable enough to truly explore it. I switched my ‘looking for’ spec on Tinder from men to women, and that was it for me,” shared Jennie.

Jennie didn’t tell her family or friends until she found a partner after turning 30. She never felt the need to ‘come out,’ and since she never shared with her family when she was casually dating, she didn’t feel the need to tell them she was dating women. It wasn’t until Jennie was in a serious relationship with her now fiancée Samantha that she told them.

“I think sexuality is complex. Many people know as a child, but that just wasn’t the case for me. I didn’t want a big ‘coming out’ moment, so I started dropping it into conversations with my friends and posting pictures of me and Sam and my step kids on social media. I think people just got it,” she said.

Unfortunately, Jennie’s best friend and roommate of seven years felt uncomfortable about it. She was quite derogatory and dated a guy who treated Jennie terribly, which inevitably ended their friendship. Although it was quite traumatic at the time and left Jennie with a huge sense of betrayal, she says it actually catapulted her into the amazing life she has now.

“When I told my parents that I was in a serious relationship with a woman, I was very surprised that they had a hard time dealing with it. We didn’t talk for almost six months. My sisters didn’t care at all that I was dating women and in fact really had my back with my parents’ poor reaction. Thankfully my parents came around and now love my fiancée more than me I think! We’re all very close.”

Once Jennie started freely talking about and posting about her relationship with Sam, she felt completely free. She has more love and security in her life than ever with their amazing blended family unit. The couple are also planning on having another child.

“Today I am in a great place. I feel like I am exactly where I am supposed to be. I feel incredibly fulfilled and have found my truest self. I’ve found a great purpose from my time with my step kids and now my career focuses on writing inclusive children’s books to provide them with the diversity and representation I never had.”

Jennie has made it her mission to leave this world better than she found it, both for her stepkids and for future generations.

She wants all aspects of society to be fully inclusive and representative of what the world actually is, not what a small portion of people believe it should be.

Life
Coming Out, coming out in thirties, Coming out stories, Good News