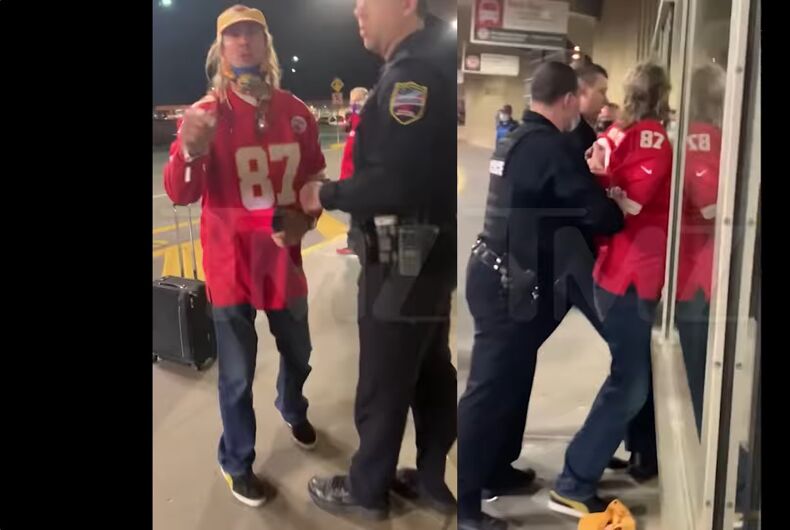 Danny Carey, the drummer for the rock band Tool, was arrested at the Kansas City airport for allegedly assaulting someone while using an anti-gay slur.

Police say Carey used the slur while jabbing someone in the chest during an altercation.

Carey could face up to 180 days in jail or a fine. His court date is scheduled for mid-January.

As he was arrested outside of the airport, he kept asking “Who did I assault?” and was told, “Don’t start crying.”

The cops later toss him against the wall to cuff him, knocking his hat off and pushing his face against the glass. The 60-year-old musician stumbles while the overzealous cop yells at him to “stop resisting.”