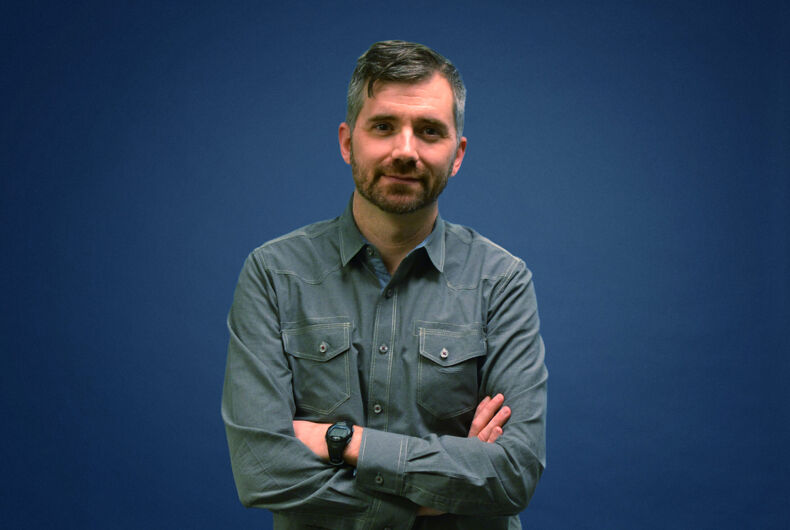 What if there was a method of wealth distribution that would help not only LGBTQ people, but every American affected by the nation’s massive wealth gap?

Related: 15 LGBTQ podcasts you need to listen to right now

The premise of the Citizen Dividend is relatively simple: 5% of business profits should be distributed to all Americans.

We all co-own the resources that lead to these profits, Johnson told LGBTQ Nation, and thus, we all deserve to benefit from them.  His new book, Our Fair Share, lays out the case in detail.

“To me, the Citizen Dividend is important because it addressed what I saw as the biggest gap in wrestling with inequality in our country,” Johnson said, “which is that we have forgotten what we own together and we have forgotten how bound together we are as an economy and as a country.”

The book explains that these co-owned resources that businesses use include natural resources like food, societal resources like schools and power grids, and inherited systems like our governmental and financial structures.

Johnson felt compelled to write Our Fair Share, after repeatedly confronting the data on just how bad economic inequality has become in the United States.

A report from the Pew Research Center shows that the wealth gap between rich and poor families more than doubled between 1989 and 2016.

In 2018, the highest-earning 20% of families earned more than half of the country’s total income. Pew also found that middle-class incomes are growing at slower rates than upper-class incomes, and that the U.S. has the worst income inequality of the G7 nations.

For LGBTQ people, the situation is even worse. A 2019 report from the Williams Institute found that 22% of LGBTQ people in the United States live in poverty, compared to 16% of cisgender straight people.

The numbers are even higher for transgender people, as well as cisgender bisexual women. Of both of these groups, 29% live in poverty.

Johnson struggled to reconcile this information with the America he knew.

“Those facts and statistics just ran so counter to what my personal experience has been as both an LGBTQ civil rights leader traveling the state of Illinois, but also the child of an army officer who moved around a lot as a kid,” Johnson said. “In both those experiences, I saw how deeply connected our country is across incredible differences.”

In Our Fair Share, Johnson does not argue that the Citizen Dividend is a silver bullet that will dissolve income inequality or even satisfy everybody’s basic needs the way something like a universal basic income might. Rather, he promotes the Citizen Dividend as one step of many that should be implemented to help ease people’s financial burdens.

“At the heart of the claim of the Citizen Dividend is a right,” he said. “We all have a right to a share of our national prosperity. I am not asking corporate leaders to bestow their charity upon us by giving some wealth back to us.”

The successes of the LGBTQ rights movement, he added, should be a beacon for why the Citizen Dividend can work.

“We have demonstrated with our own life experiences and our own advocacy that our country is enriched when we allow our institutions to encompass a wider range of Americans… I think we can use from that example this need to expand our understanding of who our economy should benefit and demonstrate through our own lived experiences that when we do that, when we ask our deepest institutions in America to benefit more of us, our country is made better off.”

“If they couldn’t then they admit that they are using the wealth we all own together to create the profits, and I would simply say you don’t get to hoard all that wealth.”

EXCLUSIVE: Out model Milan Christopher explains how his little brother inspired him to stop trying to fit in