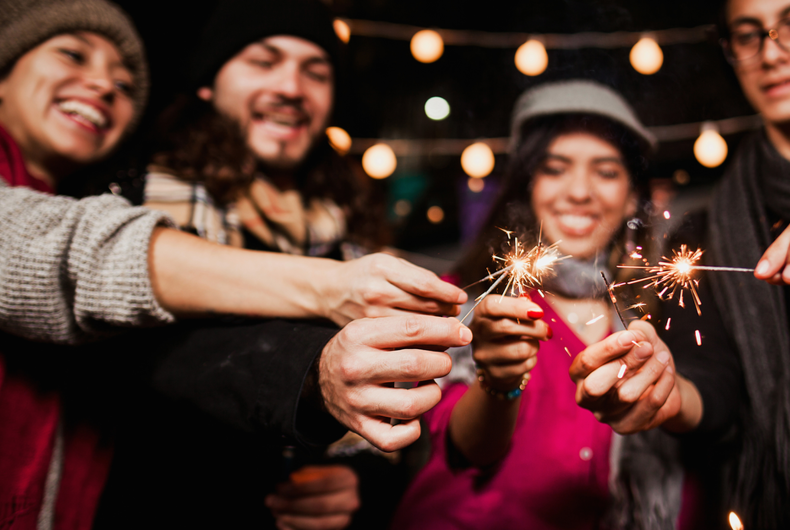 Though 2021 presented many challenges for the LGBTQ community, it was also a year of hope and progress. In several countries, new legislation was introduced while, in others, regressive laws were scrapped. New policies decriminalized homosexuality, provided protection for trans people against discrimination, and made it easier for the community to access healthcare.

Let’s take a look at eleven ways LGBTQ rights improved around the world this year. Here’s to more positive changes and safer spaces for LGBTQ people to exist in 2022.

The U.S. ban on transgender people serving in the military ended

When he took office in January, President Joe Biden got to work on reversing policies implemented by Donald Trump that discriminated against LGBTQ people. Just hours after his inauguration, he signed an executive order making the government recognize more protections against discrimination on the basis of sex including sexuality, gender identity, and sex stereotypes. He also put an end to the ban on service by transgender people in the military and reversed a policy that previously allowed healthcare companies to deny coverage to gay and transgender people.

In the country in central Africa, a new criminal code went into effect that decriminalized homosexuality. The code also contains full anti-discrimination protections on the basis of sexuality and gender identity.

Homosexuality is no longer deemed a crime in the Asian country, Bhutan, either as of this year. There are also few restrictions on blood donations, and anyone in good health aged at least 18 years and weighing at least 100 lbs may give blood.

In response to the regressions in LGBTQ rights in some EU countries, notably Poland and Hungary, MEPs declared the EU to be “an LGBTIQ Freedom Zone.” The resolution declares that “LGBTIQ persons everywhere in the EU should enjoy the freedom to live and publicly show their sexual orientation and gender identity without fear of intolerance, discrimination or persecution.”

The Mexican State of Sinaloa finally made same-sex marriage legal after several failed attempts. It joined more than half of all Mexican states in making the practice legal. While a number of lawmakers abstained from voting, the result was unanimous.

The Israeli High Court ruled that the amendment to the Surrogacy Law, enacted in 2018, will be amended

The Israeli High Court cleared the way for more same-sex couples to start families through surrogacy by amending a 2020 ruling. Previously, a surrogacy law stretched to single women but excluded gay couples, and the High Court ruled this year that it “disproportionately harmed the right to equality and the right to parenthood” and was unlawful.

Swiss voters approved same-sex marriage in a nationwide referendum. 64.1% of voters accepted the reform, and none of the 26 Swiss cantons came out against it. The referendum was most popular in Basel City, with 74% voting in favor.

Free IVF treatment was extended to both single women and those in same-sex relationships in Spain. The move was also part of the Spanish government’s drive for equality, which has seen a record number of women appointed to the Cabinet.

Same-sex marriage equality finally became a reality in Chile in a landslide vote after four years of inaction. Both houses of Chile’s Congress authorized the measure with overwhelming majorities. This made Chile the eighth Latin American country to allow same-sex marriage.

It is now easier for trans people in New Zealand to update their sex on birth certificates. A new law passed means they can make any changes without providing evidence of a medical procedure.

Canada made providing, promoting, or advertising conversion therapy to children, consenting adults, and non-consenting adults, a criminal offense. The bill makes it illegal to profit off the practice and covers trying to change either a person’s sexual orientation to heterosexual or to change a person’s gender identity to cisgender.