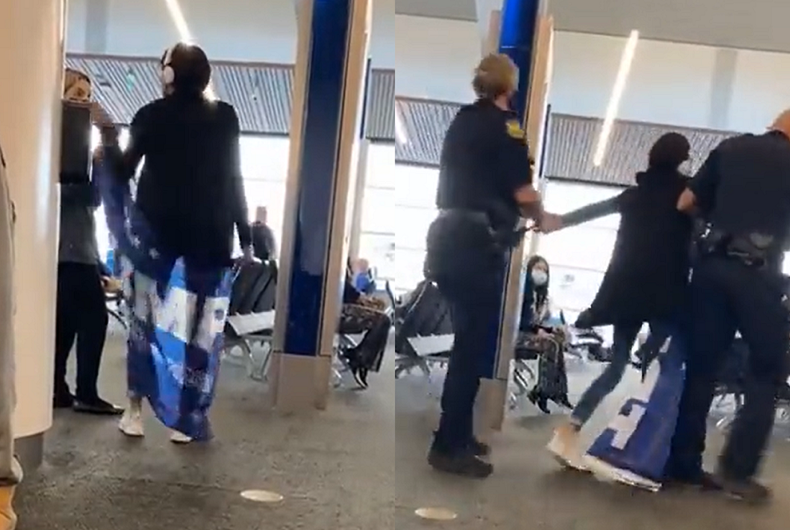 The Trump supporter did not like being recorded while she was making a spectacle of herself in public.Photo: Screenshot

A video of a Trump supporter getting violent at an airport is going viral, showing just how high political tensions are as Americans travel for the first post-Trump administration, post-vaccine Thanksgiving.

The video shows a woman walking around with a large, blue “TRUMP/MAKE AMERICA GREAT AGAIN” flag at a gate at the Phoenix Sky Harbor International Airport. At least two people are recording her, and the woman noticed one of them.

She then smacked the phone out of the woman’s hand.

“Do you have permission… to record me?” she repeated.

Since it’s an airport and security is everywhere, two officers approached her and one said: “You don’t have permission to smack people.”

“I don’t care!” she shouted back. “She don’t have permission to record me!”

The officers then started to take her into custody, and she shouted: “That’s OK! I already have a lawsuit!”

Trump supporter at the Phoenix airport smacks a phone out of someone's hand and immediately gets arrested 🤡 pic.twitter.com/vVmFRbQL6e

The user @davenewworld_2 posted the video to Twitter and it has been viewed over 400,000 times.