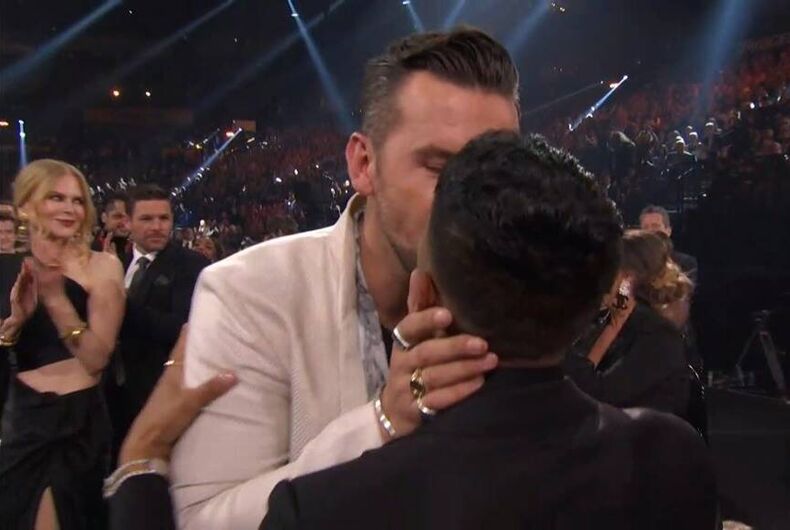 One half of the Brothers Osborne, the country music star came out in February and instantly became the highest-profile out performers in the genre. The two won for Vocal Duo of the Year.

Brothers Osborne performed their song, “Younger Me” during the ceremony. Osborne wrote the song about his struggles as a young man to accept his sexuality and learn to embrace it.

Tennessee Republicans blocked a resolution to honor the singer earlier this year, motivated by homophobia. State Rep. Jeremy Faison, chair of the House Republican Caucus, rejected the measure despite unanimous passage in the Republican-controlled state senate.

TJ Osborne openly kissing his date upon winning Vocal Duo of the Year is a very special moment. #CMAawards pic.twitter.com/8sn3s6yOGn

Brothers Osborne accepts the award for Vocal Duo of the Year #CMAawards pic.twitter.com/CyXCnHiRpZ