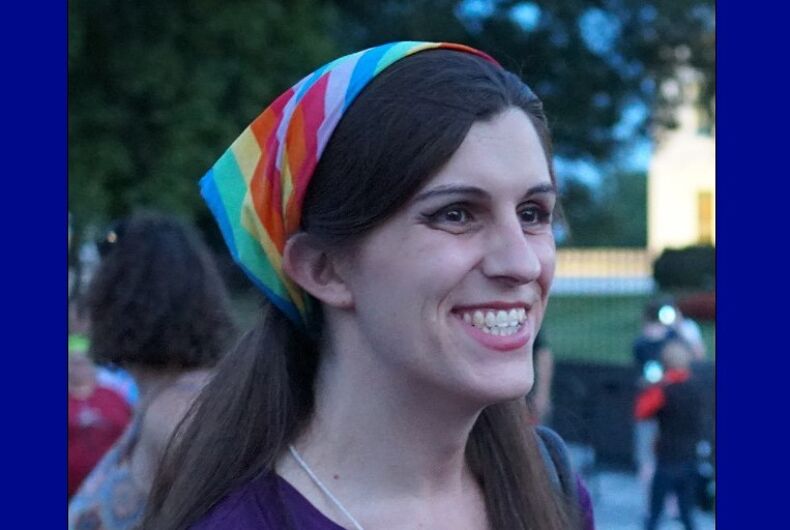 LGBTQ candidates won big in last night’s election. In their victories, many of them also smashed through rainbow ceilings and made history.

Danica Roem was reelected to the Virginia House of Delegates for a third term and will continue to be the country’s longest-serving out trans legislator. Roem defeated the anti-LGBTQ Christopher Stone, who is opposed to marriage equality and adoption rights for LGBTQ couples.

No matter what happens at the top of the ticket, I’m grateful we held the line in greater Prince William.

Thu Nguyen, who came to America from Vietnam as a refugee when they were a baby, was elected to the Worcester City Council last night, becoming the first non-binary elected official in Massachusetts.

Xander Orenstein made history last night as the first non-binary person in the country to be elected to a judicial position. Orenstein was elected to the Allegheny County Magisterial District Court in Pennsylvania.

BREAKING: Our candidate @xander4mdj just won their race for Magistrate, making them the first out non-binary candidate elected to any judicial position in U.S. history!

Christopher Coburn was elected to the Bozeman City Commission, making him the first out Black person Montana has ever elected.

Never before has a Black LGBTQ candidate been elected in the state of Montana until tonight, when our candidate Christopher Coburn changed history by winning a seat on the Bozeman City Commission.

Thank you for everything @ArtReyesIII ! Can’t wait to continue the good fight on City Council! https://t.co/6Myu71uZhF

Elected to the Cleveland City Council, Rebecca Maurer will be the first out LGBTQ woman to hold a seat.

More to come about next steps, but for this evening, my heart is full with gratitude for all who voted and all who contributed to this hard-fought election. pic.twitter.com/dZqvihPYKF

Dion Manley, who won his race for the Gahanna Jefferson School Board, became the first out elected trans person in the state of Ohio.

Our candidate Dion Manley just won his election in Dayton County, Ohio. He’ll be the first out trans elected official in state history!

Dawn Adams was reelected to the Virginia House of Delegates and will continue her work as the only out lesbian delegate in the state.

Andrea Jenkins was reelected to the Minneapolis City Council after becoming one of the first out trans representatives of any major city council in 2017.

🎉VICTORY: Andrea Jenkins wins! @andreaforward8 first made history in 2017 with her election to the Minneapolis City Council and she did it again tonight! #ElectionNight pic.twitter.com/d5w5Kw6pJ6

Within this group, many barriers were broken.

BREAKING: All 6 LGBTQ Victory Fund candidates for New York City Council have won their elections! These newcomers to the council bring a diverse range of perspectives and represent districts throughout the city. pic.twitter.com/urTomENwPe

R.K. Russell opens up about being Black and bisexual in the NFL — and how to make sports more inclusive